Now, why would they say such a thing?

And, how hard would it be really for a jihadist to kidnap one of the “Peacekeepers”? 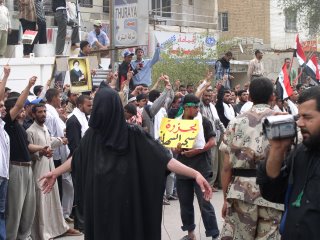 Let’s see, Saddam cuts out tongues, cuts off arms, murders thousands at Abu Ghraib… some of them even by mistake! It makes you wonder what these Iraqis standing around think of the “dupes for jihadism”?
Willfully ignorant?

Iraq’s Embassy to Canada lashed out at the Christian Peacekeeping Teams from Canada calling them “dupes for jihadism”:

Iraq’s embassy to Canada lashed out at the Christian Peacemaker Teams Friday, calling them “phoney pacifists” and “dupes” after the antiwar group responded to the rescue of three of its kidnapped activists by condemning the U.S.-led military intervention in Iraq.

The Iraqi embassy called CPT “willfully ignorant” and “outrageous,” and accused the Chicago-based group of being on the side of anti-democratic forces in Iraq.

“The Christian Peacemaker Teams practises the kind of politics that automatically nominate them as dupes for jihadism and fascism,” the embassy’s statement said.

The CPTers brought along some nice picture of the bloodthirsty Condi Rice. 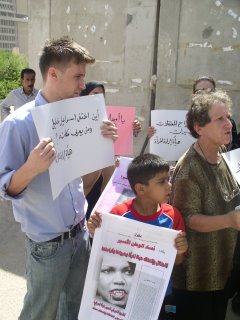 CPTer William and Iraqi Child at a June 19, 2005 Demonstration Outside Iraq Ministry of Human Rights in Iraq. (CPT) 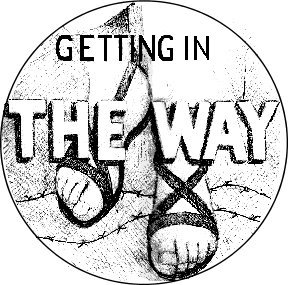 Here is the CPT’s latest on the prisoners in Iraq:

While supportive of improvements made within the detention system in Iraq since the fall of 2003, CPT condemned the U.S. military’s ongoing refusal to uphold basic human rights standards for the thousands of Iraqi detainees still in their custody.

Stefania mentions the Iraqi embassy’s response in her great roundup today.
Charles Johnson and Tim Blair have more on the phony pacifists.

Michelle Malkin noted the ingratitude from the peacekeepers towards the US forces that freed them on Thursday. 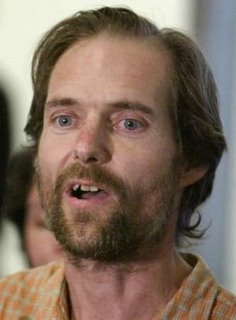 Canadian peace activist and former hostage James Loney speaks to the media after arriving at Pearson International Airport in Toronto, March 26, 2006. Loney and two colleagues from the Christian Peacemakers Team were rescued from Baghdad last week after spending 118 days in captivity. (REUTERS/Mike Cassese)