Code Pink was having a difficult time gathering signatures to condemn the War in Iraq.

They had got themselves in a pickle.
Who could they turn to? 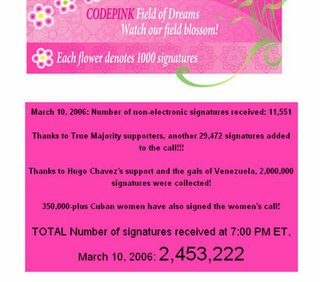 Thankfully they have some good connections with the Hispanic dictators from south of the border.

One simple call and in stepped Fidel Castro and Hugo Chavez to help the Marxist founders of Code Pink out of their embarrassing predicament!

Of the 2,453,222 signatures collected, Code Pink collected maybe 3%.
And, more than 95% were collected by the Marxists in Cubazuela.

But, of course the media would never question this Marxist group’s (see articles) numbers… 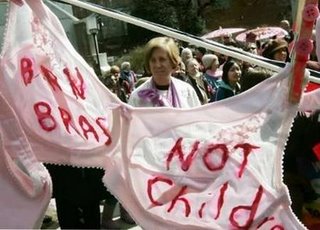 Anti-war activist Cindy Sheehan attends a peace march as part of International Women’s Day in Washington, March 8, 2006. The protesters collected over 100,000 signatures calling on the withdrawal of all foreign troops and fighters from Iraq. (REUTERS/Jim Young)