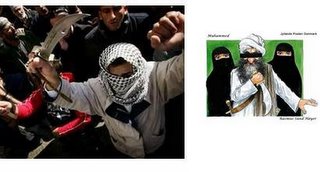 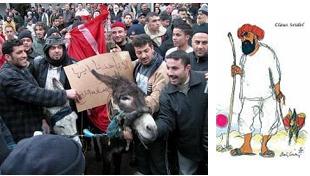 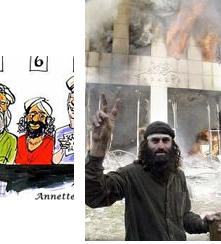 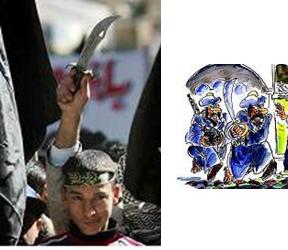 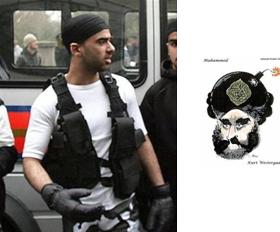 Bare Knuckle Politics has MUCH more on this “bomb packing” protester pictured above from a London protest.

Chefen, who blogs from Sweden, has been following the frenzy at Sir Humphreys.

By the way, the cartoons were published in Egypt 5 months ago and there were no riots or deaths.

Pastor Jeff sends the cartoons of Jews that were OK. (pdf)

Tigerhawk takes a look at the “Manufactured Outrage”, which goes hand in hand with Free Egyptian’s posting.