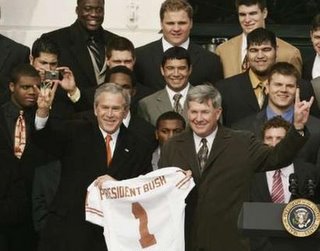 And, in response to the gift, Bush flashes the Longhorn sign after accepting a Texas T-shirt from the University of Texas football team.