Moaists, Marxists, and Moonbats March into Washington DC to remove the Bushies!

Flag Burning at the “Drive Out the Bush Regime” protest in Washington D.C. 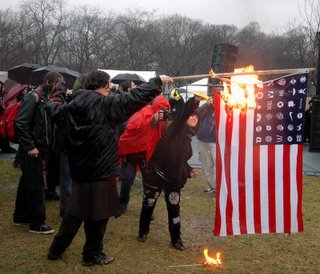 “You have committed crimes against humanity and BushCommission.org and thousands are coming this weekend to drive you out of office, You and you whole administration.”

Heather Hurwitz
World Can’t Wait Activist
Interrupting Donald Rumsfeld
Before someone in Crowd yells at her to “Shut up!”
February 5, 2006
MUST SEE VIDEO HERE

Donald Rumsfeld was in Europe this weekend. 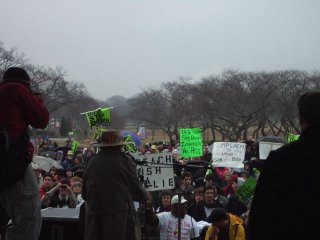 Sadly, thousands did not show up as Heather Hurwitz had hoped. 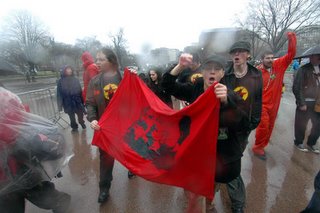 But, the Marxists carried their Mao-Lenin flag with pride.

It was a dreary day for Leftists. 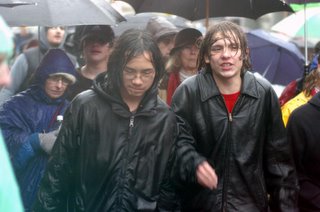 After spending three hours in the rain on the National Mall, a group of soggy activists marched over to the White House where they were greeted by… Pro-Bush Supporters!
VIDEO HERE (ABC) 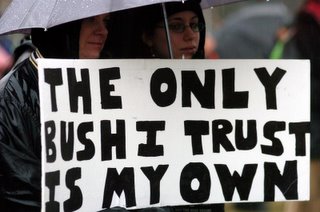 Sadly, the weather would not cooperate. After three hours in rain on the National Mall, activists marched over to the White House… in the rain.

Even with mock indictments, the poor turnout and rain made it impossible for the democratic and Marxist protesters to throw Bush from the White House on Saturday:

Holding signs that read “Bush Step Down,” about a thousand protesters marched on the National Mall and near the White House Saturday to protest the president and his policies.

Organizers had been expecting about 5,000-10,000 people to participate. Bad weather was blamed for a lower turnout. 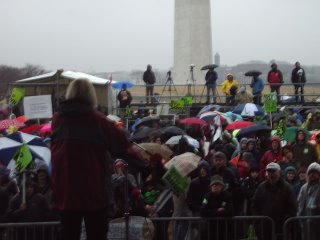 The protest drew far less than the 10,000 needed to drive Chimpy W. Bush McHitlerburton from the White House.

Someone explain this one to me… 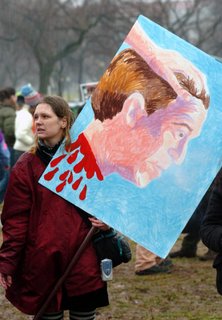 George Bush did not hear the protesters.
He is out of town this weekend.