It’s not just the Democratic Party who is challenging the Republican Administration about the NSA warrantless spying program.

Lawyers for convicted terrorist, Iyman Faris, were back in court today.

He is the second midwestern truckdriving terrorist in the news in the last week.

Last week, on January 26, 2006, Indiana truckdriver, Shaaban Hafiz Ahmad Ali Shaaban, or “Joe Brown” to his neighbors, ended with convictions on six counts including conspiracy and acting as a foreign agent. The conviction was a classic example of how the Patriot Act is helping to keep Americans safe. Using a delayed notice search warrant, federal investigators were able to search Shaaban’s home while his family went to Disney World on the government’s dime.

Today lawyers for the Ohio truckdriving terrorist convicted of plotting to blow up the Brooklyn Bridge prepared a motion asking a federal judge to throw out the case on the grounds that the government illegally spied on him.

Iyman Faris’ challenge is among the first to seek evidence of warrantless electronic eavesdropping by the National Security Agency, a practice that began after the terrorist attacks of Sept. 11, 2001. Government officials have reportedly credited the practice with uncovering Faris’ terrorist plot and several others. 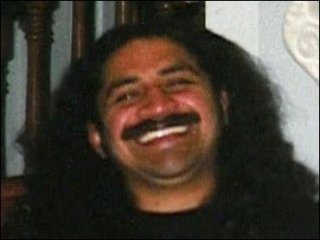 Faris’ attorney David Smith said he planned to file the motion Friday in U.S. District Court in Alexandria, Va. It will argue that investigators improperly obtained evidence against Faris and that his trial lawyer was ineffective.

Faris, 36, pleaded guilty in 2003 to conspiracy and aiding and abetting terrorism, and was sentenced to 20 years in prison. He has tried to withdraw his plea, saying everything in his agreement with prosecutors was false.

According to prosecutors, Faris traveled to Pakistan and Afghanistan, carrying out low-level missions for terrorists.

Prosecutors said he investigated, but ultimately ruled out, the possibility of using a gas cutter to burn through the Brooklyn Bridge’s suspension cables, and that he received attack instructions from top terrorist leader Khalid Shaikh Mohammed for what they suggested might have been a second wave of terror attacks in New York and Washington.

At his sentencing, prosecutors acknowledged that federal agents were led to Faris by a telephone call intercepted in another investigation.

Critics say the NSA tactics are unconstitutional, contending that the government must go through a secretive court set up to approve surveillance warrants in the United States during national security investigations. The Bush administration has staunchly defended the practice, saying the agency only monitors calls in which one party is outside the United States and the call is believed to be related to terrorism.

The ACLU is also suing the National Security Agency for violating the U.S. Constitution for their NSA spying program.