There was a press conference immediately following the mock indictment ceremony. 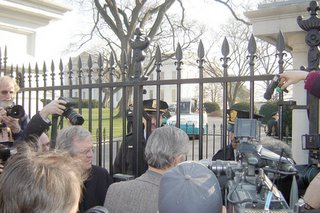 Ray McGovern hand delivers the indictments through the White House gate on Tuesday.

The following indictments were served to President Bush, Vice President Cheney, and the rest of the Bush Administration through the fence of the White House:

Although there was no official response on the latest criticism from the anti-war coalition by the Bush Administration,… A muffled voice could be made out coming from an upstairs window… 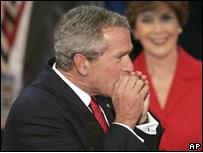