HOW MANY GOVERNORS CAN SAY THEY DID THIS IN SUPERBOWL X?
CLASSIC FOOTBALL VIDEO CLIP HERE
via Ed’s Pittsburgh Steeler Superbowl Memories Page
How Cool is that?!!

Lynn Swann wants to bring his winning ways into the Pennsylvania Governor’s Office. 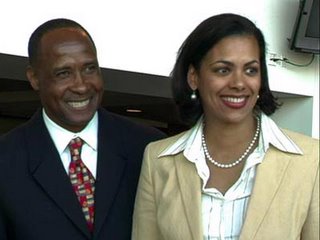 Lynn with his wife Charena are excited about his run for governor in Pennsylvania.
ESPN was excited as well, and ran a lengthy article in September on Lynn’s race for governor.

Steeler great Lynn Swann is hoping to dazzle Pennsylvania like he dazzled Steeler fans back in the 70’s as he announced his run for governor on Wednesday:

Former Steelers star Lynn Swann declared his candidacy for Pennsylvania governor Wednesday in the city where he made his name in professional football.

Swann says that he made up his mind to run in the fall after spending months weighing support at events around the state.

Swann faces three other candidates in seeking the Republican nomination for governor – his first run for political office.

The winner of the May 16 primary would likely face Democratic Gov. Ed Rendell, who is expected to seek a second four-year term.

Swann kicked off his campaign at a rally before a cheering crowd of 500 at the Senator John Heinz Pittsburgh Regional History Center in downtown Pittsburgh.

He was introduced by former Steelers teammate Mel Blount and was accompanied by his wife and two sons.

Scott from Slant Point wondered last year if there would be a Swann Song for Rendell? 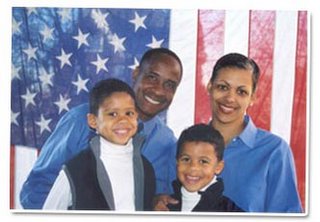 The Swann Family Lynn, Charena, and two sons, Braxton, 7, and Shafer, 9 are ready to be Pennsylvania’s First Family.

And, Here’s something,… Redstate launched the cool “SwannBlog” today. via Instapundit.