Cindy Sheehan, the next Senator of California! 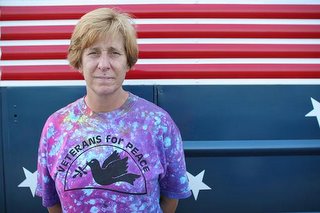 Cindy Needs You!
Cindy has already paid the ultimate price!

Please go to the “Cindy For Senate” Blog and show Cindy that you support her.

Cindy has been to Washington DC before, but the US Senate needs Cindy now more than ever:

* To distribute wealth evenly
* To help set up a Department of Peace
* To set up a Department of History where Cindy will be the first Secretary!
* To get the occupiers out of New Orleans
* To fight the perverse, murderous, genocidal, immoral empire
* To build a world in which the human being is really human
* To stop concealing torture camps in other countries allied to the empire
* To stop our government and corporatism from impoverishing or killing innocents
* To stop an invasion of Venezuela
* To stop US President George W. Bush in his “terrorism against the world”
* To sing communist hymns with fists raised
* To teach our troops that “Hajis,” the brown skinned people of Iraq who clean their toilets, showers, and wash their clothes are NOT less than people

Join Cindy and the 70% of her compatriots who condemn the war in Iraq and want their troops back home!

Texas Rainmaker is not yet convinced.
California Conservative joins the fight!