For starters, Scott McClellan had to warm up to questions about an anonymous sourced article that the NSA intercept program was ineffective. McClellan immediately dismissed this misinformation:

Q Scott, this NSA intercept program, was it effective and did it lead to any kind of progress in the war on terror? Or has it been, as some people have suggested, a program that has flooded the zone so much with intelligence, a lot of which is useless, that —

MR. McCLELLAN: Who has suggested that?

Q It was suggested in some reporting today.

MR. McCLELLAN: Who is it? Anonymous sources, okay. Let’s make that clear.

MR. McCLELLAN: I think you’re referring to a report that draws an incomplete picture based on anonymous sources. And I think it’s clear in that report that some of those sources have no direct knowledge of the authorization of the program. The authorization is a vital tool in the war on terrorism. The second-highest ranking intelligence officer in the United States government and the former head of the National Security Agency spoke to reporters about this just a few weeks ago, and he made it very clear that this authorization has been successful to prevent attacks from happening.

Now, that he was warmed up, Scott McClellan was ready for media big dog, Helen Thomas, and the unbelievable nasty accusations she was ready to fling at the Bush Administration: 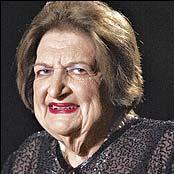 Q You kept saying “lawful.” It’s true the President — there is a law that permits the President to get a warrant and wiretap. But he has not been doing that; he’s been breaking the law. Al Gore said he broke the law. The ACLU is filing a suit. Why does he break the law? I mean, he has the means and the tools to do what —

MR. McCLELLAN: I reject that wholeheartedly, Helen. The legal justification has been spelled out by the Department of Justice.

In terms of Al Gore’s comments, I think his hypocrisy knows no bounds. It was the Clinton administration that used warrantless physical searches. An example is what they did in the case of Aldrich Ames. And it was the Deputy Attorney General under the Clinton administration that testified before Congress and said, “First, the Department of Justice believes and the case law supports that the President has inherent authority” — inherent authority — “to conduct warrantless physical searches for foreign intelligence purposes and that the President may, as has been done, delegate this authority to the Attorney General.” This is testimony, public testimony before the House of Representatives Permanent Select Committee on Intelligence.

I would also point out that a former associate Attorney General under the Clinton administration said that every President since FISA’s passage has asserted that he retained inherent power to go beyond the Act’s terms — under President Clinton — and he pointed to the Deputy Attorney General’s comments that I just referenced. So…

MR. McCLELLAN: I think I just talked about Al Gore’s comments and I said Al Gore’s hypocrisy knows no bounds. If he is going to be the voice of the Democratic Party on national security matters, we welcome it, we look forward to the discussion. I think the American people clearly understand the importance of what we’re trying to do to protect them and prevent attacks from happening. And that’s why this authorization is so vital.

In terms of the comments you referenced from Senator Clinton, I think that they were out of bounds.

Well, I think we know one tends to like or enjoy grabbing headlines. The other one sounds like that the political season may be starting early.

Every time I see what this guy has to go through, I am reminded of the one reporter the democrats outed who would throw soft balls at these press gatherings. It’s really no wonder that he stuck out in that crowd!

Also today, the Justice Department’s independent watchdog says it does not have jurisdiction to open an investigation into the legality of the Bush administration’s domestic eavesdropping program.

Previously:
Al Gore Arrogates to Himself Power to Ignore His Past