Iraqi-American Haider Ajina sends more unreported Progress Reports from Iraq that you have missed through your mainstream news- via USAID. 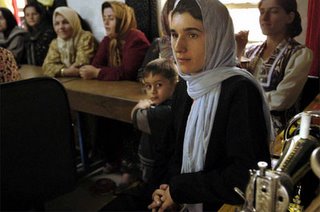 Northern Iraq, Tewala Village – A young woman sits in the sewing class in the village of Tewala she says “This is the first time I am able to spend time with other women freely, we like coming here, we now feel like we can have a good future.” (USAID)

* Provided technical assistance and information on contracting opportunities for Iraqi businesses and entrepreneurs through business centers.

* Worked with the Ministry of Finance to introduce the new Iraqi dinar. 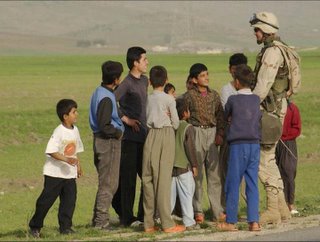 A U.S. airman greets Iraqi children while on patrol. (DefenseLINK)

Increased Olive Tree Population: 18,000 olive trees have been planted in 30 demonstration plots throughout the country. 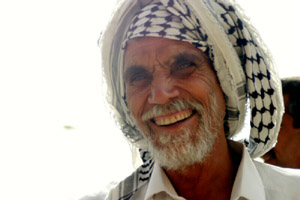 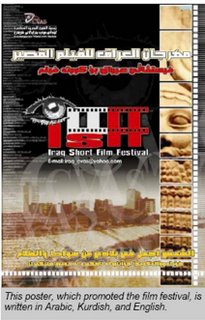 The event, entitled The Sunshine in My Country is More Beautiful than the Darkness, focused on the beauties of Iraq in contrast to its history of war and oppression.

In all, 58 Iraq films and 51 international films from throughout the Middle East, Africa, Europe, and the United States were shown during the two-day event.

An inter-ethnic sports club was renovated and reopened through an Iraq Transition Initiative (ITI) grant.
Located in northern Iraq, the club’s directorship had traditionally encouraged positive interaction among religious and ethnic groups. Through the ITI grant, the club is now able to host recreational activities for more than 1,000 males and females of different religious and ethnic backgrounds, restoring opportunities for the district’s young people to participate in sports.

* Funded 144 grants totaling over $5 million that focus on women’s issues, including supporting the rehabilitation of 46 women’s centers in Iraq. Rehabilitated over 264
Iraqi national ministries, schools, clinics and other municipal buildings. Supporting 65 Iraqi groups in documenting human rights abuses of the Ba’athist regime and promoting peace, tolerance, and reconciliation.

* Met critical needs during and immediately after the conflict by providing short-term employment, restoring basic government and community services, increasing Iraqi access to information and communication and encouraging protection of human rights. 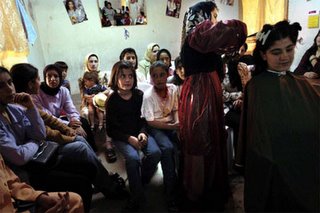 Since the cessation of the 2003 conflict, USAID has completed its planned work at Umm Qasr Seaport, restored significant portions of Iraq’s telecommunications network, rebuilt three major bridges and restored the rail line connecting Umm Qasr with Basra city and points north. USAID also helped avert a humanitarian crisis during the conflict by providing assistance to the United Nations World Food Program. USAID advisors continue to assist with management and distribution of food rations to Iraqi citizens. 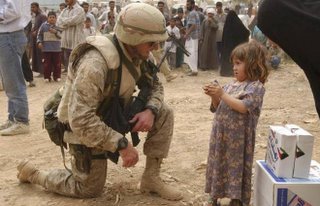 A U.S. Marine shares some time with an Iraqi girl. (DefenseLINK)
SEAPORTS

* Audited more than 1,200 km of the fiber optic backbone network and performed emergency repairs, reconnecting 20
cities and 70 percent of the population.
* Reconstituted Baghdad area phone service by installing switches with 240,000 lines at 12 sites.
* Installed and fully integrated 13 new switches with 14 existing switches.
* Worked with the Ministry of Communications to reactivate more than 215,000 subscriber lines.
* Installed a satellite gateway system at Baghdad’s largest telecom exchange and restored international service.
* Trained telecom engineers and technicians in the operation and maintenance of the satellite gateway system and the
new switches. 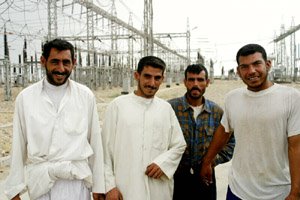 * Rebuilt three major bridges—Khazir, Tikrit and Al Mat bridges—critical to moving people and commercial products
throughout the country.
* Rebuilt a substantial portion of the Iraqi Republican Railway line connecting Basrah with the port of Umm Qasr including
physical track construction, installing culverts, and repairing gatehouses. The remainder of the work has been
handed over to the Ministry of Transportation (MOT). This work allows shipments of bulk cargo from the port to Baghdad
and throughout the country.

* Worked directly with the World Food Program (WFP) and Coalition Forces to re-establish the Public Distribution System (PDS) in less than 30 days, avoiding a humanitarian food crisis and providing food security throughout the country.
* With Iraqi food distributors, Food for Peace, the WFP, and Coalition Forces maintained deliveries from June through December 2003 in all 18 governorates.
* Played a key role in an agreement between the WFP, CPA, and the MoT that provided the WFP with the resources and authority to continue to support the PDS through June 2004.
* Completed a rapid food security field assessment from 17 impoverished districts in May 2005 and presented assessment findings in the USAID food security forum in August 2005. Forum participants reviewed data to better understand food security in Iraq and recommended actions to reduce risk among Iraq’s vulnerable populations.

Now, more on the TV Special…

“Winning Iraq: The Untold Story” tells the good news story from Iraq including societal mood indicators that there are more than twice as many weddings as when Saddam was ruling! Greg Palkot brings you stories of courage and success from Iraqi citizens.

Assorted Babble News has more on the television special.