Although director Steven Spielberg calls “Munich” his “call for peace” the mastermind behind the Munich attacks says he doesn’t regret his role in the operation.

Abu Daoud told SI, “I would be against any operation like Munich ever again. At the time, it was the correct thing to do for our cause. … The operation brought the Palestinian issue into the homes of 500 million people who never previously cared about Palestinian victims at the hands of the Israelis.” 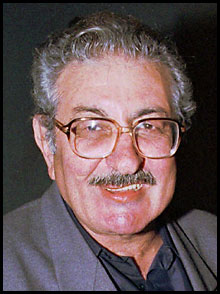 “At the time, it was the correct thing to do for our cause,” Abu Daoud told SI.

The mastermind behind the Munich Olympic attacks on Israeli athletes says he has no regrets of the incident:

The Hollywood director has called “Munich,” which dramatises the 1972 raid and Israel’s reprisals against members of the Palestine Liberation Organization (PLO), his “prayer for peace.”

Mohammed Daoud planned the Munich attack on behalf of PLO splinter group Black September, but did not take part and does not feature in the film.

He voiced outrage at not being consulted for the thriller and accused Spielberg of pandering to the Jewish state.

“If he really wanted to make it a prayer for peace he should have listened to both sides of the story and reflected reality, rather than serving the Zionist side alone,” Daoud told Reuters by telephone from the Syrian capital, Damascus.

Several Israeli historians have also complained about what they see as a moral symmetry in the film between slain Olympians and the Palestinians assassinated by the Mossad spy service.

“We did not target Israeli civilians,” he said.

“Some of them (the athletes) had taken part in wars and killed many Palestinians. Whether a pianist or an athlete, any Israeli is a soldier.”

Daoud also said in an earlier interview that the Munich operation had the endorsement of Arafat.