“During 10 years, threats from angry conservative Muslims silenced the Norwegian and Muslim pop singer Deeyah. In her new album and music video, she breaks her silence finally speaking out about her struggles and re-claims her Western given right of living as a modern and independent Muslim woman.”

Being the “Muslim Madonna” is not an easy job!

Deeyah is beautiful, talented, Muslim, and under threat by Conservative Muslims.

27 year old Deeyah is a beautiful, intelligent and immensely talented international artist with true star appeal. Deeyah was born and raised in Oslo by parents who were amongst the first generation of Muslim Asians to immigrate to Norway (her mother’s heritage is Persian/Afghani and her father’s is Pakistani/Indian), where she released two successful albums while still in her teens. She now calls London home, but has been dividing her time between the UK and the US where she has recently completed her latest album.

The first single from the album, “Plan of My Own,” was released in the UK January 31, 2005 and debuted in the Top 40, reached #4 on the Club Chart and #11 on the Indie Chart. The music video for the single, by John Lindauer (award winning director of commercials/videos for Nike, DHL, Sunny D, Christina Aguilera, etc.) reached #1 on The Box, the leading request music video channel in the UK. As was the case when Deeyah’s last album came out, her video has led to threats from conservative Muslims who are angry that Deeyah (herself a Muslim) appears in sexy clothes and dances with a black man. The resulting press coverage since the release of the video has been overwhelming to the point of overshadowing Deeyah’s music. For her safety, and in hopes of shifting the focus off of the “news story” and back on the music, Brainwash Records has brought Deeyah and her album to the US.

TRENDING: Remember the Young Woman Who Died While Waiting for a Coronavirus Test in New Orleans? …Yeah, Well Now the Truth Is Out

Earlier in her career, Deeyah’s musical success and high visibility led to a prestigious government cultural award and she quickly became a true public figure and was adopted as the unofficial “poster child” for the integration of Asian immigrants into Norwegian society.

HERE IS THE AUDIO FOR DEEYAHS HIT SINGLE, “PLAN OF MY OWN” 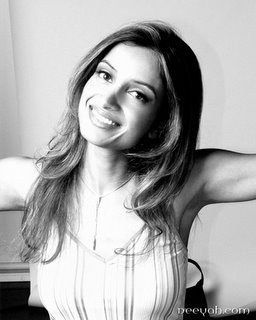 Deeyah, praised by her fans around the world as the Muslim Madonna has teamed up with Young MayLay who stars as CJ, the lead role in Grand Theft Auto. The new single will be released on January 16th and will deliver a powerful statement expressing Deeyah’s beliefs regarding the rights of women from all faiths and cultures– to speak out about social issues, sexuality, empowerment– and to lead their lives the way they choose without the fear of reprisals or judgment by religious or cultural fanatics.

Shot in India and LA, Deeyah’s new video features the images of many women including those from her own Islamic faith who have endeavored to lead their lives with freedom of expression, particularly in the way they dress and speak. Every image in the video has a story behind it, and in some cases, the ending is very shocking. The women featured in the video images include: Heshu Yones, Hatin Surucu, Ghofrane Haddaoui, Fadime Sahindal, Sonay Mohammad Shaima Rezayee.

Denied schooling, Shaima became an idol to many as Afghanistan’s only female TV music presenter. She was murdered in her own home on the 18th May 2005. (The Afghani Police believe the manner in which she dressed and presented her TV show was the sole reason she was killed.)

Look for Deeyah’s Music to hit the airwaves this January!

I don’t suppose President Ahmadinejad from Iran is a big fan of Deeyah’s “Western and decadent” music.

Previously on Muslim women rockers (yes, I actually have a previous post!):
They’re Mideastern, They’re Rockers, and They’re All Women!