A plethora of thought… 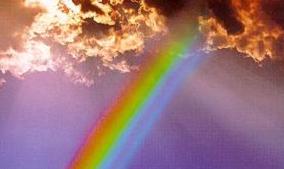 …a rainbow of ideas.

Saddam (Hussein) must not be allowed to threaten his neighbors or the world with nuclear arms, poison gas or biological weapons.

Generals were telling me, “We don’t have enough troops in Iraq,” and “There aren’t enough people on the ground,” adding, The way you honor the troops and the way you provide a policy to America is to do everything possible to win.

Saddam is gone. It’s a good thing, but I don’t agree with what was done.

Our military has done everything that has been asked of them, the U.S. can not accomplish anything further in Iraq militarily. IT IS TIME TO BRING THEM HOME.

The country is now in reach of going from Saddam Hussein to self-government and, I’d add, self-protection. That would be a remarkable transformation … I saw real progress there.

The presence of U.S. troops, presents food for the insurgency. And you need to reduce that presence.

Most U.S. troops will leave Iraq within a year because the Army is “broken, worn out” and “living hand to mouth.”

I will be supporting the Murtha resolution.

I believe that a precipitous withdrawal of American forces in Iraq could lead to disaster, spawning a civil war, fostering a haven for terrorists and damaging our nation’s security and credibility.

Suicide bombings in Iraq fell to a seventh month low in November.

Update: How timely is this? The WAPO has an article out on “Democratic Lawmakers Splinter on Iraq” today. I’d say so!