FOR THE BETTERMENT OF THE PEOPLE:
HOW HUGO CHAVEZ IS SPENDING HIS OODLES OF OIL MONEY ON THE VENEZUELAN PEOPLE… OR NOT!
VIDEO HERE


This is a Norwegian and English clip with Spanish subtitles but the message is clear.

Hugo tells Florida Christian group to “Get Out!” 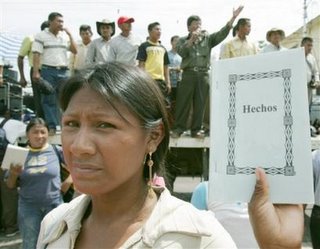 Trading has increased amid strengthening political ties between the two countries under the leadership of presidents Hugo Chavez of Venezuela and Fidel Castro of Cuba, who also share a close friendship.

The administration of President Bush has grown alarmed by the alliance, with some U.S. officials characterizing Chavez and Castro as troublemakers who are trying to destabilize Latin American democracies — something both of them deny.

Cuba is now buying $1.1 billion worth of Venezuelan oil annually along with another $300 million in food, construction materials, and other products, Foreign Commerce Minister Raul de la Nuez said on the first day of the island’s annual trade fair.

De la Nuez predicted trade between the two nations could reach $2 billion annually by the end of 2006. “At this moment (Venezuela) indisputably is the Cuba’s top trading partner,” he said.

Cuba, in return, has given Venezuela the services of thousands of doctors and other health professionals, as well as other professionals.

Now Hugo and Castro can reach a larger audience with their 5 hour talks. 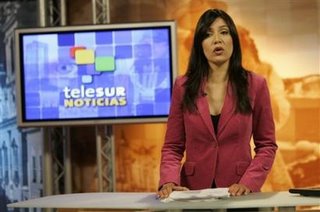 Hugo Chavez threatened the US today with giving F16’s to Cuba or China:

President Hugo Chavez has warned the US he could give some of his country’s F-16 fighter jets to Cuba or China. Mr Chavez accused the US of breaking a contract to supply spare parts for the jets it sold to Venezuela in the 1980s. He suggested that Washington would be less than pleased if military rivals gained access to the advanced planes.

The F-16s were sold to previous governments that had better relations with the White House. The US sees Mr Chavez as an unfriendly head of state. The Venezuelan president’s latest provocative announcement came during a nationally televised address, dominated by appeals to Latin Americans to end the dominance of the US.

Speaking of the fighter planes, he said he was “only thinking out loud”.

“Maybe we will just send them back to them, or perhaps we will send 10 planes to Cuba, or to China, so they can have a look at the technology of these aircraft.” The Venezuelan president not only accused the Bush administration of breaking a contract to supply spare parts for about 20 F-16s.

He also said it was trying to interfere in negotiations between Venezuela and third countries on the upkeep of military equipment and the purchase of new weapons.

Mr Chavez was referring to reports that the US has put pressure on Israel not to help Venezuela maintain the F-16 aircrafts. US officials have not responded to the Venezuelan president’s comments, who is highly critical of US foreign policy. If he carries out the threat, it would break Venezuela’s obligation to protect F-16 technology.

Hat Tip again to Nohemi Alarcon
Please keep her and her family in your thoughts and prayers as they work to get life back to normal after the Wilma disaster.