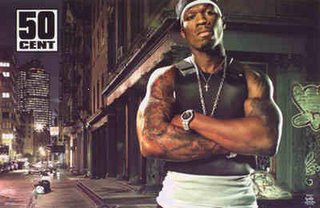 50 Cent has made a surprise move by stepping forward to heap praise on beleaguered US President George W Bush.

He says: “(The president) is incredible… A gangsta. I wanna meet George Bush, just shake his hand and tell him how much of me I see in him.”

The In Da Club rapper, who was shot nine times on the streets of New York City before finding fame, adds that if it wasn’t for his felony conviction preventing him from voting, he’d have exercised his right in favour of Bush.

Last month 50 Cent lashed out at Kanye West over his comments against President Bush.