In another shameful and ignorant display of anti-war activism, students at Washington University in St. Louis along with local community members of InsteadofWar.org set up a unique display of tombstones today on Wash U. campus to commemorate the “Grim Milestone” of 2,000 US casualties in the Iraq War.

Anti-war activists believe that Iraq is much worse off today without the Butcher of Baghdad in control and blame America for each tragic death in Iraq. They are way off with both allegations! 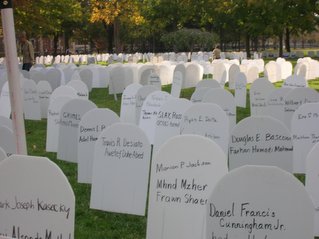 The Anti-War Activists focus on the dreadful loss of life we have witnessed since the War in Iraq began. Fair enough.

…And, that is using the high end estimated number of deaths listed at the leftist site “Iraq Body Count!” 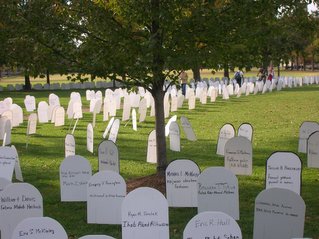 The Documental Centre for Human Rights in Iraq has compiled documentation on over 600,000 civilian executions in Iraq. Human Rights Watch reports that in one operation alone, the Anfal, Saddam killed 100,000 Kurdish Iraqis. Another 500,000 are estimated to have died in Saddam’s needless war with Iran. Coldly taken as a daily average for the 24 years of Saddam’s reign, these numbers give us a horrifying picture of between 70 and 125 civilian deaths per day for every one of Saddam’s 8,000-odd days in power.

In other words, even accepting the Anti-war activists own numbers and the highly-suspect assertion that all were caused by US weapons, and discounting the numbers from other humanitarian organizations, the civilian death toll has, in fact, fallen since the start of the war. Indeed, it has fallen precipitously. 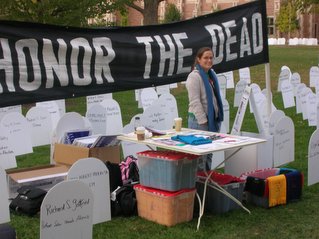 Americans perhaps do not appreciate that the toppling of Saddam Hussein and the effort to establish a democratic government in Iraq have been accomplished at relatively moderate cost – two-thirds of the civilian fatalities incurred four years ago on the first day of the war against terrorism.

Few care to hear that the penultimate battles of a war are often the costliest – like the terrible summer of 1864 that nearly ruined the Army of the Potomac and almost ushered in a Copperhead government eager to stop at any cost the Civil War, without either ending slavery or restoring the Union. The battle for Okinawa was an abject bloodbath that took more than 50,000 American casualties, yet that campaign officially ended less than six weeks before Nagasaki and the Japanese surrender. 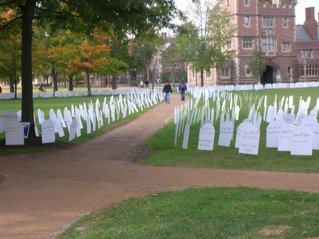 No nation in world history has laid so costly a sacrifice upon the altar of freedom. No other country has ever been as generous with sharing its bounty to the less fortunate, more patient with its enemies, or more compassionate towards those who have suffered in the face of catastrophe. The families of the lost should take pride, despite their suffering and pain, in knowing that they have continued in the glorious tradition of this country that began 229 years ago. Freedom always comes at tremendous cost, and usually with shedding of a great deal of blood.

Jamie Allman at the 97.1 Electric Stove (a great website by a great local radio personality) did some research on one of the “tombstones” he saw displayed at a local anti-war rally in the news. He found this out about Specialist Matthew Gibbs:

“A year ago I would not have gone, but now if I’m needed in Iraq that’s where I’ll be. No questions asked. This place makes you love your country and your freedom.”

Yet, there was his mock tombstone in the local news in the hands of an anti-war protester. 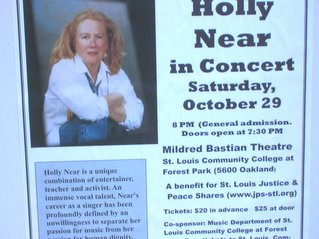 The Anti-war activists will continue to hold their concerts and chain themselves to fences and put crosses and cardboard tombstones in the ground, and hold die-ins.

In the meantime the brave people of Iraq push forward with life without Saddam. Even though his shadow still lingers in dark hallways, the people push forward. It will not be without continued sacrifice. But, things are so much better even today for the Iraqis, for America, and for the world.

TigerHawk posted on an anti-war beach display. I guess they got bored with volleyball.