Iranian Youth Caught in the Crossfire

In a country that with a large youth majority, the under 30 crowd is caught in a cultural cross fire between a progressive youth movement yearning for the freedoms of the West and the familiar dominance of an ultra-conservative hardline Mullacracy.

Here is a terrific flash-photo essay of a glimpse of the youth inside Iran…Images of a young, reformist majority in Iran. 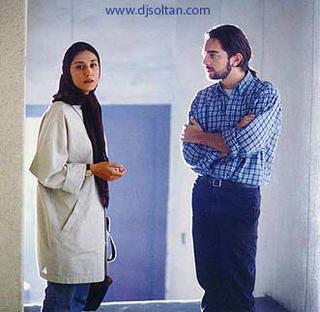 70% of Iran is under 30 years of age. Anvari has another wonderful collection of pictures of the vibrant youth of Iran. Check it out HERE!

Hat Tip Or Does it Explode

Trying to capture the hearts and minds of “Young Iran”, the government is pushing the release of two “Nuclear Rap” releases promoting nuclear science!

In recent days, Iran’s airwaves have been buzzing with two new tunes apparently designed to rally public support for the clerical regime’s increasingly tense stand-off with the West over its nuclear ambitions.

The first song is entitled “Oriental Sun, Nuclear Science”, and sung to a backdrop of military-style marching music by Ali Tafreshi. The second similarly catchy tune is “Nuclear Know-How” by Reza Shirazi.

Both extol the wonders of a “great and powerful Iran” which has destroyed “the arrogance of the oppressors” and “defends its independence by using science”.

Despite the heavyweight nationalist lyricism, Iran insists its nuclear programme it strictly peaceful. But the West in unconvinced, and the European Union and United States want Iran to abandon its works on the potentially dual use nuclear fuel cycle and are threatening UN Security Council action. (Hat Tip LGF) 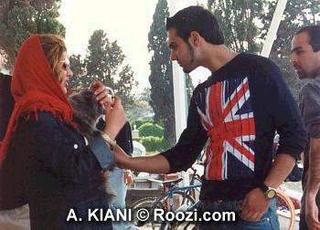 As hardliner youth rally in front of the British Embassy across town, more progressive youth have a different feel on things.

The US is pressing Russia to stop its nuclear trade with the Iranian Regime:

The Bush administration Monday tried to increase pressure on Russia to halt the supply of nuclear energy technology to Iran, citing a recent finding by a U.N. board that Tehran is in violation of its commitment to disclose its nuclear activities.

Stephen G. Rademaker, the acting U.S. assistant secretary of state for international security and nonproliferation, said governments needed to rethink their nuclear trade policies in light of the Sept. 24 decision by the board of the International Atomic Energy Agency. The 35-member board declared Tehran in “noncompliance” with its obligations to report advances in its nuclear programs.

“We hope that all governments will take note of the board’s finding of noncompliance and adjust their national policies accordingly,” Rademaker said in a speech to the General Assembly disarmament committee. “We think it self-evident, for example, that, in the face of such a finding, no government should permit new nuclear transfers to Iran, and all ongoing nuclear projects should be frozen.” Rademaker did not identify Russia by name, but that country is Iran’s main nuclear trading partner. The Bush administration has sought for years to end that trade. 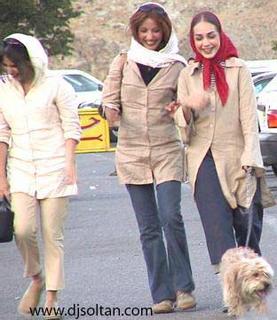 This group of young women have a Westernized feel with their traditional dress.

Iran Authorities also threatened the US on Monday with any means necessary if it continues to put pressure on the country to discontinue its nuclear prgram:

Iran will use “all means” to damage US interests if Washington steps up the pressure on the Islamic republic over its disputed nuclear programme, a top official was quoted as saying, according to AFP.

“The Americans should know that if they put more pressure on our country, Iran will be obliged to use all means to disrupt the situation and endanger its interests,” top nuclear negotiator Ali Larijani was quoted as saying by the right-wing Siassat Rouz paper.

“The regime will not for a moment hold any doubts over its right to master nuclear technology and will use all means to acquire it,” added Larijani, the hardline secretary of Iran’s Supreme National Security Council.

He did not elaborate on how Iran could threaten US interests. Washington already accuses Iran of backing insurgents in Iraq, hosting al-Qaeda operatives and undermining Middle East peace efforts.