“No credible evidence exists to suggest Captain (Michael Scott) Speicher is dead,” a Navy board of inquiry headed by Rear Adm. Joseph Kilkenny said in a report released on Thursday. 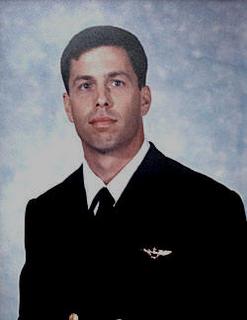 Lt. Cmdr. Michael Scott Speicher of Jacksonville, Fla., was lost when his Navy F-18 Hornet was shot down Jan. 16, 1991, in a dogfight with an Iraqi fighter jet during the first few hours of the war. He was the first American lost in the war.

Navy officials are standing behind a report saying Iraqi officials know where to find Lt. Cmdr. Michael Scott Speicher who was shot down in 1991. Officials say there is no evidence that Speicher is dead!

Today the Secretary of the Navy, Gordon England, agreed with a report that said there is no sign that Captain Speicher is dead.

The Navy and Senator Bill Nelson are now urging U.S. and Iraqi officials to work harder to find Speicher.

Senator Nelson said it was not only for the sake of his family to know what happened to their loved one, it is also to give the confidence and assurance to every military pilot, so they know if they go down that somebody is coming to get them.

Since 1991, Speicher’s status has changed several times. He is now considered missing/captured. This latest report came from a special commission investigating the pilot’s disappearance.

The Jawa Report is following this story today.