Iran has put on display the most important collection of modern Western art outside Europe and the United States.

The collection amassed by the wife of the late Shah during the 1970’s had been locked up since the 1979 Revolution. The display spans from the 1870s to the late 1980s and boasts works by artists including Pablo Picasso, Claude Monet, Andy Warhol and Jackson Pollock.

The works by artists such as Rene Magrite, Vincent Van Gogh, Joan Miro, Salvador Dali and others were briefly put on display when the museum opened in 1978.

But the Shah’s fall in 1979 saw most of them locked away in a vault by Iran’s new Islamic leaders who were opposed to Western cultural influence and “immoral” art.

For more than 20 years most of the collection never saw the light of day.

Gradually, under Samiazar’s stewardship and with the backing of former President Mohammad Khatami — a reformist cleric who favored greater cultural and artistic tolerance — many of them were brought out for display.

But never before had the whole collection been shown at once.

Even now, three of the works, including an Auguste Renoir portrait of a semi-nude girl considered by some experts to be among the finest in the collection, were not included to avoid offending religious hardliners.

The rare art collection will rival the display over at the prayer hall. 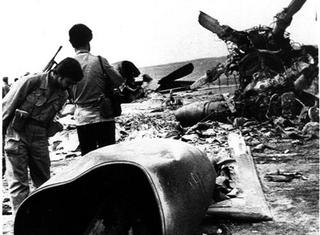 Earlier this year Iran displayed in a public prayer hall helicopters belonging to the United States military. These helicopters were used in a failed operation in 1980 to rescue the 52 American hostages in the U.S. embassy in Tehran, would also be put on display at the sprawling prayer hall.