The Katrina Political Blame Game is not playing out well for the Democrats or the MSM according to a new poll. And, today’s revelations make the sick political game all but over!

In the words of Paul at Wizbang,…
Game, Set, and Match Point! 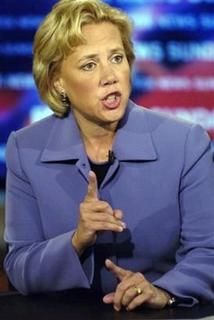 What can you say about the pretty Democratic Senator, Mary Landrieu, from Louisiana who threatened to punch President Bush in a national television interview (the threat of physical assault on a sitting president is a felony), and since that time has not stopped blaming the federal government for the pain and suffering in the Katrina aftermath. She continues to take a nose dive with each new interview.

Political Teen has VIDEO HERE where she completely falls apart in a FOX News interview. 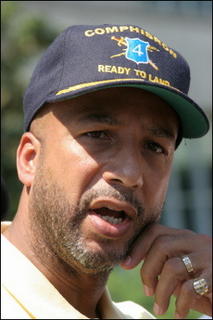 Mayor Nagin was completely out of his game from day one. After three days of watching people on the news wandering around in a blocked off city you wondered ‘who was in charge, here’? America has never heard a plan from Mayor Nagin yet, except to “send help!” Now, in the following video he says that he sent buses out to bring people to the SuperDome. Think about that! He discounted the information coming at him from all directions about the dangers of the killer hurricane. And, his decision to keep people in the city and not send them to safety cost several lives.

HERE is the video of Mayor Nagin telling the “Today” Show that he did use the city buses… to bring people to the SuperDome! (This is also where he estimates that there are 10,000 casualties.) 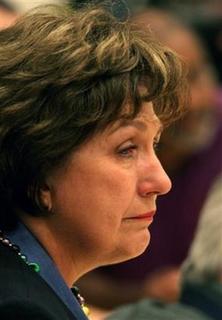 Governor Blanco could have gone to Disney land and no one would have known she was missing. She would not allow supplies into the suffering people at the SuperDome. And, now in this new video she admits under her breath on Wednesday after the storm, that she really should have called the National Guard!

Political Teen again has the VIDEO HERE of Governor Blanco denying that she ordered troops into New Orleans when she thought the cameras were off! Then she goes on and says how she doesn’t want the troops there because they would put good people in jail!

This Democratic and MSM ploy to score points off of the suffering of others is over!

Update: (Thursday) Glenn Reynolds adds today that there was also no way to get supplies into New Orleans due to the great damage and debris to all of the roads leading in and out of the city:

I live in Gautier, just north of I 10 on the gulf coast. Unlike many, I can plead personal knowledge.

I must disagree with those who appear to have made some kind of holy writ that the response was slow or inadequate. Of course, I cannot speak for New Orleans, which has had such a dysfunctional government
my wife and I have hesitated to visit for almost a year now. We stayed at home during Katrina (at my wife’s insistence, we won’t do that again!), and I must report that I think the emergency response was very fast, considering the size of the storm and the barriers to the response.

This was the biggest storm to hit the US in memory; it stretched from west of New Orleans to east of Mobile in its damage. The storm was a category 2 or 3 as far inland as Hattiesburg and Laurel. This means
prepositioning of supplies would not work, since they would have been destroyed in most cases. As I understand it, there were emergency supplies in the Gulfport/Biloxi area, but they were destroyed by the
strength of the storm.

The barriers to the emergency response are mind boggling. In many cases, emergency personnel and other first responders in the affected area could not be found. In Gulfport, for example, the police station was under water, and was relocated to a school, wading through water to get there. I don’t think anyone has found the Waveland PD, since Waveland is not there any longer. From New Orleans to Mobile there was no phone, no cell phones, no Internet, no
TV, no cable, no electrical power, no gas, no water and no communications of any kind except messenger. This is hard for people in communities far from the disaster to understand, the complete isolation of this communication lack.

North of the gulf coast is an area called the “Pine Belt”. As you may suspect, there are a lot of pine trees there, many of which ended up on the roads after the storm. Just clearing US 49 (a major artery to the coast from the north), took nearly a day. Hattiesburg is the major transportation hub in South Mississippi, and it was actually closed to all traffic for almost a day, due to fallen trees on the city roads. This is incredible, and unprecedented on this scale.

There was literally no way into the area for convoys that did not involve clearing hundreds of miles of roads. The bridge between Mobile and Pascagoula was closed, due to fear that it would collapse. It is still only one lane each way. I 10 was, in places,
under water until Tuesday.

So where did this idea of a slow response originate? I believe it came from fearful local politicians, mostly in Louisiana, eager to deflect blame to anyone else. It was picked up enthusiastically by the media. The Cindy Sheehan story was rapidly fading, so this was simply another attack by the media, beleieving they have finally got Bush. The Plame story, the Rumsfield story, Cindy Sheehan, Abu Graib, etc… etc…

I saw emergency personnel on Tuesday evening, and I was quite happy with the response.