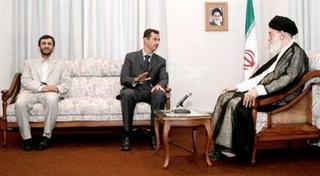 The situation in the Kurdish territory in northwest Iran has deteriorated. Reports of brutal force against the Kurdish citizens continue:

Protests and civil unrest in the cities of Saqiz, Sine, Mahabad, Serdesht, Piranshar, Meriwan, Shino, Baneh, Divan and Dareh have been met by excessive force by state security forces, plainclothes agents and paramilitary Islamic vigilantes. The government has implemented de-facto martial law in many areas, and has reportedly deployed over 100,000 troops and helicopter gunships to the region.

Human rights violations reported have included the gunning down of civilians by military helicopter, the harassment and imprisonment of journalists and human rights defenders, indiscriminate arrests of civilians including children, the torture or ill-treatment of detained Kurdish protestors, and the closure of two newspapers.

The crisis threatens to escalate yet further, with implications for the security of the wider region. The depth and breadth of the situation, coupled with the Iranian government’s refusal to provide adequate information, demands the immediate attention of the international community.

The Democratic Party of Kurdistan-Iran (PDK-I) has released the names of 17 of the dead, all of whom were Kurds.

The new hardliner president in Iran is thought to be responsible for the assassination of a Kurdish leader in the 1989. The Kurds in Iran were shocked by his election win last month:

The unrest was ignited by the killing of Shivan Qaderi [1], a key figure in Mahabad’s Kurdish national movement. According to eyewitnesses, Qaderi was shot at point blank range. Then still alive, he was reportedly tied to a Toyota Jeep and dragged through the streets. Local Iranian authorities assert that Qaderi was killed by security forces while attempting to evade arrest.

The unrest, ranging from peaceful sit-ins to violent clashes, soon escalated, spreading to many other cities in the region, as many in the Kurdish population expressed dissatisfaction with the cycle of violence, arrests and oppressive behaviour of Iranian forces.

There are nearly 9-million Kurds in Iran, constituting between 11 and 16 per cent of the population. The recent presidential election, which was heavily boycotted by Kurds, brought to power hardliner Mahmoud Ahmadinejad, who is suspected of involvement in the assassination of PDK-I leader Abdul Rahman Ghassemlou in 1989. Many Kurds feared his ascension would usher in a worrying rollback of the little reform that had occurred under Mohammed Khatami.

There is a mass strike going on right now in the Kurdish northwest to protest the crackdown and violence against Kurds in the region:

State Security Forces and Revolutionary Guard units have been placed at key locations throughout Mahabad, which is currently under a de facto martial law. Eyewitnesses reported that the security forces approached gatherings of more than two people and detained people not carrying identity cards.

The Friday prayers leader in Mahabad has unsuccessfully appealed to the people to end their strike.

The town of Sardasht, close to Mahabad, has also been the scene of deadly clashes between angry people and agents of the SSF. 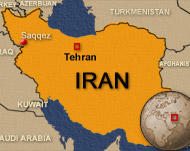 Aljazeera is reporting this morning that two more Iranian Kurds were killed in violence today:

Two people have been killed, eight injured and 145 arrested in renewed unrest among the Kurds of western Iran, the Interior Ministry has said.

The ministry offered only vague details on the deaths and arrests in the town of Saqqez, which followed rioting and a gun battle elsewhere in Kurdish-dominated territories in July.

Iranian officials deny the rash of unrest on the western borders is ethnically motivated, but Kurdish leaders disagree, saying Tehran’s discrimination towards their people was fomenting discontent.

Atlas has more thoughts on the visiting Syrian President.