The Taliban today promised to not attack voters during the elections next month. How nice! A spokesman for the Guerillas said that they would resume attacks on the US and Afghan Government after the election. This is not a good sign for fans of the ex-regime. It looks like Mullah Omar and his boys are about to strike out.

Strike one for the Taliban today is their lack of understanding or awareness of their current situation.

In problem solving exercises this is called “defining the problem”. The Taliban hasn’t made it past this point. They are confusing the US with a coalition of many.

In Afghanistan alone, coalition partners are contributing nearly 8,000 troops to Operation Enduring Freedom and to the International Security Assistance Force in Kabul – making up over half of the 15,000 non-Afghan forces in Afghanistan. 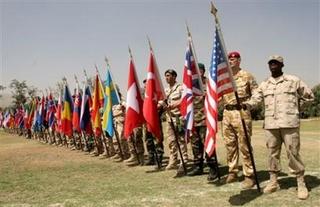 At a Change of Command ceremony earlier this month in Afghanistan, Italy took over command from Turkey. The flags from each member nation of the coalition were represented at this ceremony. (AP)

Strike two for the Taliban is the democratic elections on September 18th.

Voters will be choosing 249 Parliamentary Delgates.

Voters will also be choosing representatives for provincial councils, with almost 6,000 candidates running in the two elections.

That is 6,249 representatives chosen by the people, not imposed by a fanatical regime.

Strike three is the democratic process itself.

Former Russian political prisoner, Natan Sharansky, a true survivor of the gulag system may have put it best:

“When Ronald Reagan called the USSR an evil empire he was fiercely criticized by many in the West who saw him as a dangerous warmonger. But when we in the Gulag heard of Reagan’s statement, we were ecstatic. We knew that once there was no moral confusion between the two types of societies, once good and evil were kept separate, the Soviet Union’s days were numbered. Soon, the most fearsome totalitarian empire in human history collapsed without a shot being fired and the cause of peace and security was advanced. I have no doubt that moral clarity will have the same effect today and equally serve the cause of peace, stability and security around the world.”

Of course there is always the option to return to how things were before. 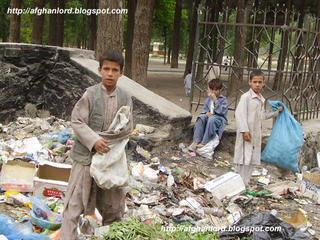 Afghan Lord is back! And, today he has a nice visual posted on what effect the many years of violence has had on Afghani society.