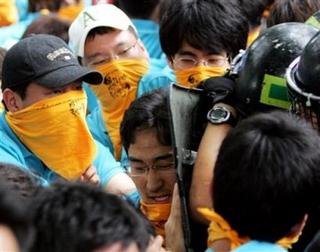 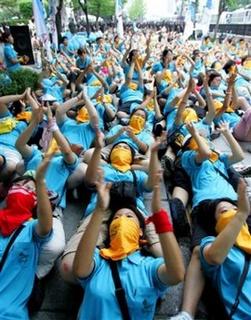 Not your ordinary student protest group, the student group of Hanchongryon was outlawed in 1997 after the torture killing of a suspected police spy.

The militant group has called for the resignation of President Kim Young-sam and the reunification of the Korean peninsula under a formula suggested by communist North Korea.