** US closing a deal with Azerbaijan for military base! **

The US thanks Azerbaijan for their support in the War on Terror and pushes the country towards democracy. 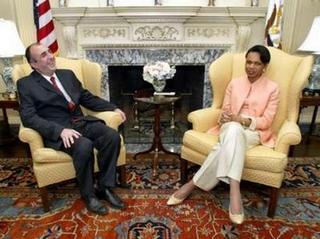 The US is close to securing a deal with Azerbaijan to open a US base. Last week Uzbekistan announced it was going to close its US air base. Uzbekistan denied reports that the closure of the US base was prompted by Washington’s calls for an independent investigation into a bloody crackdown in Uzbekistan in May.

A decision wanted by Washington has almost ripened,” the Nezavisimaya Gazeta newspaper quoted an unnamed source close to Azerbaijan’s foreign ministry as saying.

The president of the strategic Caspian country, Ilham Aliyev, “in the end will give his agreement to the deployment in the country of an American military contingent,” the source said.

Last week the ex-Soviet Central Asian state of Uzbekistan announced it was giving the United States 180 days to close an air base there used to support operations in nearby Afghanistan.

The United States continues to use an air base in Kyrgyzstan, while US military instructors have been helping to train the military of Azerbaijan’s neighbour Georgia. 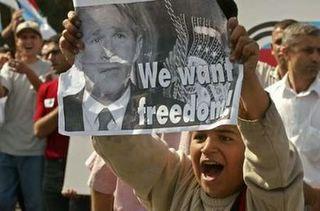 Several protests have been held this year in anticipation of the election in November. A few protesters have called out to the West for support. The US has been pushing the Central Asian Country towards democracy as they did again on Tuesday.

Mr. Tom Casey, Acting Spokesman of the United States Department of State at the briefing said the US “certainly were going to thank the Government of Azerbaijan for its assistance in the global war on terror. Understand that Azerbaijan does have military forces in Iraq, Afghanistan, and Kosovo. We are also going to stress and talk about the importance, as we always do in our conversations with the Azeri Government, of the parliamentary elections in November and the importance of those elections meeting international standards.

Elmar Mammadyarov said the meeting focused on the improving of democracy in Azerbaijan. The United States is concerned with more progress in this sphere. From this point of view the parliamentary elections in November were stressed as an important moment. We have also talks about economic projects. The parties have expressed satisfaction with realization of Baku-Tbilisi-Ceyhan and Baku-Tbilisi-Erzurum projects. Ms. Rice has noted the Azerbaijan’s leadership in realization of global projects.