While not planning terrorist attacks, the two detainess were working on articles they were going to present in London later in the year at a round table on the… 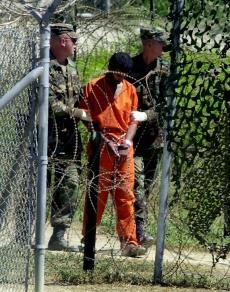 Of the seven released Russian Guantanamo detainees, only two are not in custody.

The two Russian citizens, Airat Vakhitov and Rustam Akhmyarov, who were seized in a counter-terrorist operation in Afghanistan and kept at the Guantanamo base in Cuba with other Taliban and terrorist suspects, and then extradited home to Russia, have been detained and are now being held in a Russian detention centre.

They are charged with preparing and carrying out a series of terrorist acts in the Central Russian Povolzhye region.

Three other former Guantanamo prisoners have been detained in Russia’s Tatarstan Republic on the same charges, the paper adds.

All in all, of the seven Russian Guantanamo prisoners extradited from Cuba in 2004, only two are not in custody.

Airat Vakhitov, arrested Saturday, was engaged in human rights activities in Moscow, Vremya Novostei reports. He wrote articles and was working on a book about rights violations in Guantanamo, was going to travel to London for the former Guantanamo prisoners Round Table, as was Rustam Akhmyarov.