THIS STORY DOES NOT ADD UP! 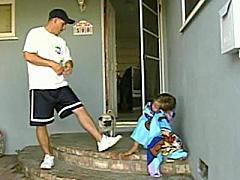 Randy Vorick stands outside his home in La Habra, California. Randy and his wife Ronnell say they are under attack because of a FOX News broadcast on August 7th. (NBC5)

Since the story broke this week, the MSM has been in attack mode…

* CBS makes up a photo to post with their coverage on the story!

* One source says the broadcast was on Heartland with John Kasich but that program comes on Saturday at 8:00 PM Eastern. All of the other mainstream articles say that it aired on Sunday morning, August 7th.

* NBC News 17 says the report was given on “Inside Scoop with John Loftus” on FOX. This still cannot be verified. But, FOX News anchor Brian Wilson says that this incident did not happen on “Weekend Live” (Saturdays and Sundays from 12 to 2 p.m. ET.) and that John Loftus has never been on “Weekend Live”.

* SIFY News says that John Loftus “appears on a special programme on Fox news”. John Loftus is not even listed in the FOX News bio page!

* The LA Times says that “Satellite photos of the house and directions to the residence were posted online.” but give no information to back this claim up.

* NBC4 says that the La Habra man “keeps a can of paint to cover graffiti” but there has only been one incident of graffiti.

* Meanwhile, the LA Times prints the address of Iyad Hilal’s business in their own news story. There is no word if his marketplace is under graffiti or “drive by screaming” attacks.

A La Habra, California couple is getting international news attention because of a report they claim was broadcast on FOX News Channel:

A family have been bombarded with threats and harassment after their house was wrongly identified on a US cable television broadcast as the home of a radical Islamic group’s leader.

Since the Fox News report on August 7, Randy and Ronnell Vorick have had people shout profanities at them, take photos of their house and had someone spray-paint the word “terrorist” on their property, the Los Angeles Times said yesterday.

“I’m scared to go to work and leave my kids at home.

I call them every 30 minutes to make sure they’re OK,” Randy Vorick said.

John Loftus, a former prosecutor, gave out the Orange County address on the TV show, saying it was the home of Iyad Hilal, who allegedly was the US leader of a group with ties to those responsible for the July 7 bombings in London. Satellite photos of the house and directions to the residence were posted online. 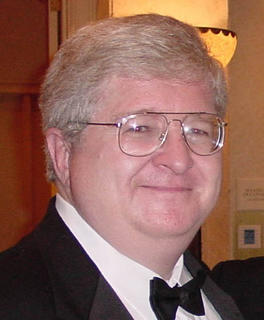 The LA Times reported that:

Hilal, whom Loftus identified by name during the broadcast, moved out of the house about three years ago. But the consequences were immediate for the Voricks.

Satellite photos of the house and directions to the residence were posted online. The Voricks told police, who arranged for the content to be taken down. Someone even removed the street sign where the Voricks live to provide some protection…

…The Voricks said they had made several unsuccessful attempts to contact Fox News and Loftus by telephone and e-mail. They want a public apology and correction.

Both have issued apologies — Fox in a one-line statement to the Los Angeles Times and Loftus in an e-mail to the family — after being contacted by the newspaper. The Voricks say they have yet to see or hear a correction.

“John Loftus has been reprimanded for his careless error, and we sincerely apologize to the family,” said Fox spokeswoman Irena Brigante.

Many of these articles are claiming that John Loftus, a former federal prosecutor, has his own special programme on FOX News.

I contacted John Loftus in Florida (his name and phone number can be found at the top of the page on the second site I looked at from a simple search!) and was told this from our discussion:

* He apologized to the family.
* FOX News let him go after this segment.
* It was his first mistake on FOX News.
* He offered to paint the fence for the family.
* He said the shows transcript was posted on two internet sites(?)
* He said, “I haven’t been on FOX much lately. FOX does not report on terrorism much any more. FOX just reports stories like Natalee Holloway so I wasn’t getting called much.”

I also called the La Habra Police Department and was told that the Voricks did report that their fence was painted on. They also said that people would drive by and scream at them. The police are paying closer attention to their home.

as was stated in the above video. I am also curious on how the Voricks would know this?

I am still trying to find out when on August 7, 2005 this was supposedly broadcast and on what FOX News Show.

A Google search on “Randy Vorick” gets 407 hits. A search on Yahoo gets over 1,000 related stories.

The story is certainly making the rounds in the mainstream media. For instance the Daily Times of Pakistan in saying that people are driving by and taking pictures of the house. It’s too bad the story doesn’t add up!