THE MUST SEE TRAILER TO MOVIE “THE GREAT RAID” IS HERE
This video clip is two minutes and well worth it! It is very good! (Movies.com)

It looks like Hollywood finally has something for “the rest” of America!

And, it’s opening this week in theatres! 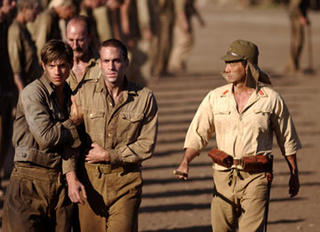 August 12th is the opening of “The Great Raid”, the real life story about the most daring rescue mission of its kind in history. 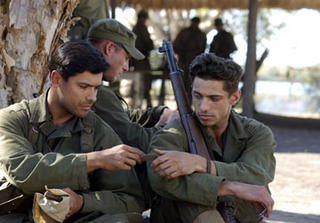 Base on a true story of one of the most spectacular rescue missions ever to take place in American history: “the great raid on Cabanatuan,” the daring exploit that would liberate more than 500 U.S. Prisoners of War in the face of overwhelming odds.

A gripping depiction of human resilience, the film vividly brings to life the personal courage and audacious heroism that allowed a small but stoic band of World War II soldiers to attempt the impossible in the hopes of freeing their captured brothers. Once a tale shared across the United States, the long-lost story of THE GREAT RAID has been recreated with meticulous authenticity to pay testimony to the many different people, from U.S. commanders to Filipino soldiers to women aid workers to the POWs themselves, who played a part in turning this time of intense hardship and unrelenting danger into a moment of inspiration. 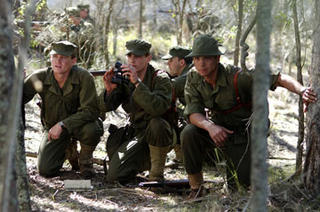 “War Stories” with Oliver North this week told the “to hell and back” story of how a small group of American rangers were called upon to rescue over 500 American and Allied prisoners of war from a hellish place in the Phillipines called Cabanatuan.

What a moving story! Oliver North did an outstanding job as always with this episode tonight, a week before the movie “The Great Raid” opens in theatres.