The George Soros funded group, “America Coming Together”, the “cutting edge group from a year ago”(?) is breaking up. ACT had the great success in November of witnessing Robin Carnahan win Secretary of State here in Missouri, and well, that’s about it! The group also saw losses at the White House, Seats in the Senate including the Senate Minority Leader, Seats in the House of Representatives, etc. Today the article in the Washington Post makes it official,
“America Coming Together” finally cries “Uncle”. 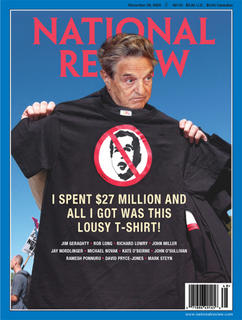