File this under: Why I am a Big Ten fan. 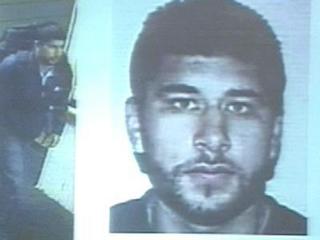 The photo at the right shows Hasib Hussain, 18, at the Luton train station at 7:20 a.m., one week ago today.

Two-and-a-half hours later, his backpack full of explosives was detonated. It killed him and 13 others on a crowded double-decker bus.

At least two men who have connections to last week’s London bombings are alive and still at large.

The first is a man, who was seen on surveillance tapes at Luton station, located outside of London, as he bid farewell to the four bombers the morning of the attacks. The other is Magdy El Nashar, an Egyptian chemist, who attended and received training at North Carolina State University.

An Egyptian wanted in connection with the London terrorist bombings studied chemical engineering at North Carolina State University in the United States, the institution said.

Magdy El-Nashar, who has links to the house in the English city of Leeds where the bombs were made, spent one semester at North Carolina’s chemical engineering department, said Mick Kulikowski, a university spokesman.

Nashar, 33, was at the university in Raleigh from January to May 2000, Kulikowski said.

Nashar had been an assistant professor at Leeds University but, according to the reports, left Britain just before last week’s attacks in the British capital, in which at least 52 people died and some 700 were injured.

Also, in North Carolina News today, the ACLU is pushing the courts to use the Koran in the courtroom for taking oaths.

This is not the university’s only link to terrorism:

The possible N.C. State link to the London attacks is not the university’s only link to a terror case. Sami Al-Arian, who taught an electrical engineering class in the 1980s, is one of four people accused of aiding terrorists, the government says, that used organizations to launder money for the Palestinian Islamic Jihad. He is on trial in Tampa, Fla.