With “Another Rovian Conspiracy” in its final stages and the Librules taken out to the shed in deep Left Field by this whole Plame Game, Secretary of Homeland Security, Michael Chertoff, raised the alert level to “Code Pink” today. 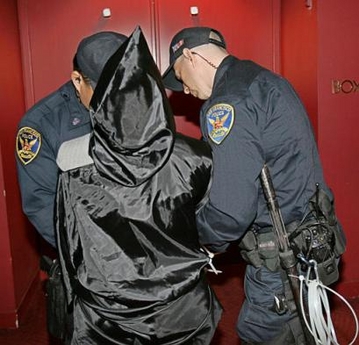 Chertoff announced that officials were tipped off after picking up filthy chatter from leftist blogs for days about a possible British/American Spy Spouse scandal. 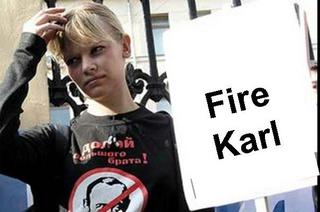 But as this conspiracy begins to unravel, and the story of the woman with “CIA MOM” vanity plates begins to wind down, Eggy-faced librules are nearing stage 4 in their grief cycle. This critical stage may mushroom into a bout of Post Election Depression if not treated properly.

Republicans and Bush Administration officials were warned of a possible escalation of scantily clad women and wired individuals in black sheets screeching at future events. Secretary Chertoff says that he would like all Americans to continue on with their normal activities and that there is no need to tape their homes with plastic at this point and time.