Whew!… I thought Senator Durbin had completely lost his head! 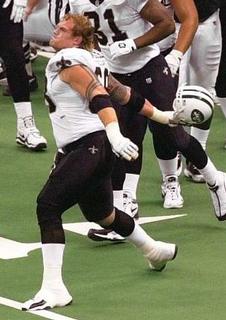 When I read today at Powerline that Senator Durbin was in a verbal scuffle with a certain “Turley”, I thought to myself… surely not Kyle? Surely, the Nazi-comparing Senator is not out challenging NFL players now?

So I was relieved to hear the latest transgression by the senator involves a journalist and not a St. Louis Ram’s lineman!

Durbin has acknowledged that he was the source for Turley’s newspaper column which raised the suspicion that Durbin is contemplating applying a “Catholic test” to John Roberts. Durbin maintains, however, that Turley “incorrectly captured” their conversation. That may very well be. But Durbin does not deny that Turley correctly captured what Durbin told him. Indeed, Turley states that after he wrote the column he read key portions to Durbin’s press aide and the aide verified the account.”

“In the strangest part of the Washington Times story, Durbin’s office notes that Turley introduced himself as a law professor, not a journalist. But it goes on to state that their conversation centered around a newspaper column Turley previously had written. So Durbin knew that Turley is a columnist, and in all likelihood the Senator was trying to plant a story that would raise questions about Roberts’ fitness (and the left-of-center Turley raised some based on what Durbin had told him). But the real questions raised by this flap go to Durbin’s character and fitness for a Senate leadership position.”

It looks like the senator is in trouble again, barely a month after the “gulag” flap. It’s turning into one hot summer for the Illinois Senator!