Thanks to Trey Jackson at Jackson’s Junction for this tidbit of news from Iran:

The Mullahs are saying the World is just, oh so, fed up with the extensive violation of human rights by the US! 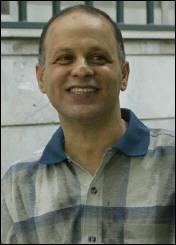 And here is Iran’s response:

Referring to contradictory and deluding behavior of the US government concerning human rights, Asefi said, the White House, while commenting Iran for violation of human rights, ignored the fact that whole world is fed up with clear violations of such rights by US soldiers in detention center at Guantanamo US Naval Base, Iraq’s Abu Ghraib Prison and wide ethnic discriminations and spoiling minorities rights inside the US.