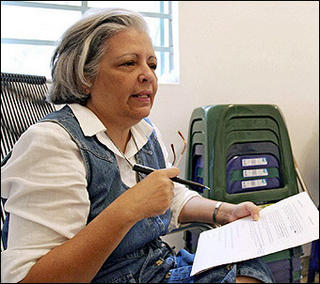 Cuba arrested several activists yesterday before a planned protest at the French Embassy. Many Cubans are discontent with prolonged electrical outages on the island. Other protesters were kept in their homes by Pro-Castro supporters who “demonstrated” outside their homes!

CUBAN police are accused of trying to stop a rally for the release of political prisoners on the island after detaining 22 people, including the three top leaders of a dissident group.

“These are arbitrary detentions and a flagrant violation of the freedom of association and peaceful demonstration,” said Elizardo Sanchez, of the Cuban Commission for Human Rights and National Reconciliation.

Supporters of President Fidel Castro also staged noisy protests outside the homes of opponents who had planned the rally outside the French Embassy in Havana to call for the release of political prisoners.

The incidents came as Cuba’s communist authorities moved to keep the lid on discontent over prolonged power cuts on the Caribbean island before Tuesday’s anniversary of Castro’s revolution 52 years ago.

Cuba later released Martha Beatriz Roque and two other dissidents but the remaining activists are still being held:

Roque, a 59-year-old economist who has been jailed twice since 1997 for criticizing communist rule in Cuba, was freed without charges at 5:15 a.m. (0915 GMT), said veteran activist Elizardo Sanchez of the Cuban Commission for Human Rights.

Cubans are saying that this is one of their hardest summers in memory:

Sweltering summer heat in the 90s, blackouts of more than 12 hours and water shortages have increasingly frayed Cubans’ nerves, challenging Castro’s government as he prepares for Tuesday’s celebration marking the launch of the Cuban revolution.

While occasional blackouts are common every summer, Cubans say these are the most frequent and longest of recent years. 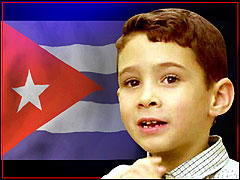 Fidel Castro attended the 6th Grade Graduation Of Elian Gonzalez this week and said that he’s honored to be friends with Elian.

On Thursday Publius Pundit reported that almost 50 members of a Cuban dance troupe were granted asylum.

Babalu’ Blog is following the story.
And,
Stephania at Free Thoughts has been following this story.