The “Island Paradise” that was once Cuba is now a nation of poverty, gulags, atrocious healthcare conditions, regime indoctrination, and has a history of terrorism. 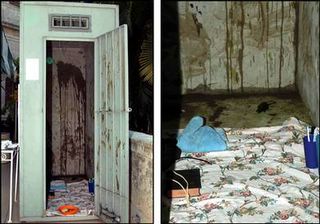 Here is a replica of the 6 foot by 3 foot prison cell that Dr. Oscar Elias Biscet has been condemned to in Cuba. His crime… The Afro-Cuban doctor organized a seminar to teach his fellow Cubans about Dr. Martin Luther King, the American civil rights leader, and his non-violent forms of protest.

Yet, this is exactly the place that useful idiots from the West are rallying to support.

This month several women activists from Seattle are planning on traveling to Cuba without U.S government permission to protest tight new restrictions on visiting the communist country:

Cindy Domingo, a longtime Seattle activist dedicated to humanitarian and feminist causes, will accompany three other Seattle-area women on the July 21 trip and expects to join hundreds of other defiant travelers in a “travel challenge.”

For U.S. citizens, traveling to Cuba requires a license issued by the U.S. Treasury Department’s Office of Foreign Assets Control, a document that has recently become much more difficult to obtain. In protest, Domingo and her fellow travelers are ignoring the process.

“We want to let the U.S. government know that we have the right to travel to Cuba without their permission,” said Domingo, an aide to King County Councilman Larry Gossett. “I’m uncertain what we’ll face at the border. But I’m also excited to be joining hundreds of others who’ll be going without licenses.”

Domingo has been an active organizer for women’s rights since attending the U.N. International Conference on Women in 1995. She sees Cuba as the site of great progress for women in labor, medicine and farming. She gave presentations at international conferences in Havana in the previous two years.

The U.S. Treasury Department spokeswoman Molly Millerwise wouldn’t comment on a particular group or individual, but she noted that unlicensed travelers might face civil and criminal penalties. 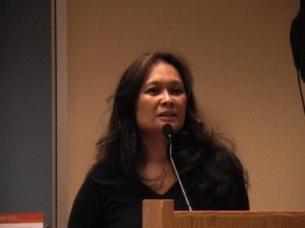 Cindy Domingo is a co-chairman of the U.S. Women & Cuba Collaboration.

This is a group that strongly opposes the US intervention in Iraq and Afghanistan.
There is no data on how many women from the Taliban ruled Afghnistan were dues paying members of the Collaboration.

Here are a few of the statements from the U.S. Women & Cuba Collaboration website:

* We lament U.S. circumventions and disrespect for international law and U.N. protocols in its invasions and occupations of Iraq and Afghanistan, situations that require all of us who are committed to global peace and justice to assert our leadership, drawing on our individual and collective experiences, values, and perspectives to develop policies that make transgressions against collaborative global interests unthinkable.

* Cuba is not a serious case of prostitution or illicit trafficking of women and children, the United States is.

* Support the FMC to defend the Cuban Revolution that has made and makes possible womens(?) achievements.

* A sensitive health indicator, that of infant mortality, which demonstrates the protection and care any society offers mothers and children, has once again placed Cuba among the countries with the lowest rate in 2004 – 5.8 per one thousand live births – the lowest recorded in Cuba in its entire history.

This indisputable achievement in the protection of the elemental human right that is health, and especially that of mothers and children, has been attained in a country that has been attacked and blockaded for more than 40 years by the most powerful nation in the world which, on the other hand, has an infant mortality rate of 7.0, according to the State of the World’s Children 2005, a UNICEF publication. 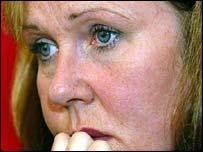 Rosie Kane, a Scottish Socialist Party MSP, is another Westerner who is a diehard defender of the Castro Regime:

Scottish Socialist Party MSP Rosie Kane is to seek a meeting with Cuba’s leader Fidel Castro to express support for his stance against the US Government.

She was invited to speak at a conference in Havana on in early June.

The conference will urge the US to extradite two men with alleged links to the bombing of a Cuban airliner that claimed 73 lives three decades ago.

Ms Kane wants to tell the Cuban leader that people in Scotland stand shoulder to shoulder with his people.

She said: “I am going to Cuba in the spirit of international solidarity for truth and justice and I’ll be taking the message that the people of Scotland stand alongside the people of Cuba in opposition to the warmongers in the White House.”

Jim Hoft
Jim Hoft is the founder and editor of The Gateway Pundit, one of the top conservative news outlets in America. Jim was awarded the Reed Irvine Accuracy in Media Award in 2013 and is the proud recipient of the Breitbart Award for Excellence in Online Journalism from the Americans for Prosperity Foundation in May 2016.
FBI Arrests CDC Critic Dr. Simone Gold on Wednesday After She Was Filmed in the US Capitol Walking Around with a Bullhorn -- FBI Singled Her Out
John Brennan Gives the Plan Away: Biden Officials Moving in "Laser Light Fashion" to Identify and "Root Out" Political Opposition from Population (VIDEO)
Remember When They Said the Betsy Ross Flag was Racist? - Well, Now It's Not Racist cuz Joe Biden Used It
Soviets Used "Operation Trust" to Identify, Arrest and Persecute Anti-Communists - Is That What the Deep State Has Planned for Q-Anon?
Racist Joe Biden's First Move as President Includes Firing the Black Guy in a Power Position
See more...