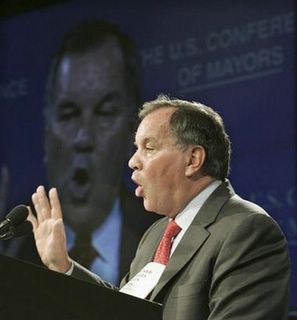 Mayor Daley says that the cleanup program was not a “mess” at all. Critics show he gave preferential services to acquaintances on the city’s dime.

Today another “mess” is being reported in the Chicago Sun Times. Now there are accusations of city cleanup crews giving preferential treatment to Daley aquaintances:

Mayor Daley shrugged off Monday’s Sun-Times story that revealed that at least 500 times last year city crews cleaned up privately owned lots at taxpayer expense and falsely marked the lots as being city-owned (some of them were clout-heavy favorites of the Mayor).

“We clean ’em all — we know where some of ’em [are], we constantly have problems, we put barriers up,” Daley said at the Hilton and Towers, where he is hosting mayors from around the country at a conference. “We work hard. You know that. You take six instances, and we’ll go over each one of them. . . . It’s not a mess at all.”

Daley said there were “six” improper cleanups. His press secretary, Jackie Heard, said there were 10. The Sun-Times found 500 cleanups of lots that crews marked as “city-owned,” but which turned out to be privately owned, some of them by clout-heavy associates of the mayor. The Sun-Times ran photographs of 14 of the lots, some of which were visited up to 32 times by the cleanup crews…

…And on Monday, a former Streets and Sanitation ward superintendent said she saw first-hand city crews giving special treatment to some businesses, cleaning up garbage on their lots and not issuing tickets as they are supposed to.

Here is a segment from Monday’s Chicago Sun Times story:

That’s what had piled up over last year on a South Side lot that Higginbottom manages for his brother Eric, who owns the land.

The lot is vacant, except in the back, where the brothers make money by leasing space for a cell phone tower.

The Higginbottoms didn’t clean up the mess.

But the city never sent the Higginbottoms a bill.

Chicago taxpayers ate the cleanup cost — at least $12,140, according to a Chicago Sun-Times analysis.

The Higginbottoms’ tax bill on the vacant lot last year wouldn’t even cover that. They paid about a third of that in taxes…