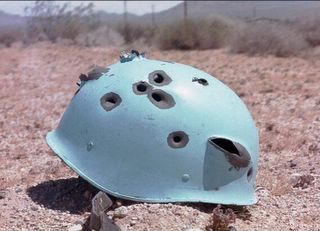 OUCH! THIS MAY RUFFLE SOME FEATHERS!
WATCH THE NEW AD HERE

I wonder what “Loser-Calling” Harry Reid will think of these new “Sore Losers” Ads?…

In a new “web ad” released today, the Center for Security Policy clarified what is really going on in the fight being mounted by Democratic Senators, led by John Kerry and Joe Biden, against John Bolton’s nomination to become U.S. ambassador to the United Nations. As the 1-minute-13-second video spot observes, “John Kerry and his friends are sore losers. They’re unhappy that the American people last Fall rejected the idea of making the U.S. submit to the UN and its so-called ‘global test.'”

Of course, the Democrats can’t come right out and say this is their real objection to Mr. Bolton. After all, President Bush offered the American people a clear alternative — rooted in a “policy of strong U.S. leadership in world affairs.” And three-and-a-half million more voters agreed with Mr. Bush’s stance — a stance embraced and epitomized by one of his most able and tenacious subordinates, John Bolton — and rejected Sen. Kerry’s world view.

Update: (Wednesday AM) Instapundit has a link and asks the question, “Why didn’t the vaunted Karl Rove machine have these things ready to go when Bolton was nominated?”