The protests are heating up in Israel… 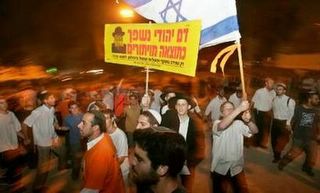 Dancing outside the prison where protesters are being held in Israel.

Young teenagers, released Monday after more than a week behind bars without a trial, said they sang songs to keep their up their morale. A judge ordered them released with light restrictions. 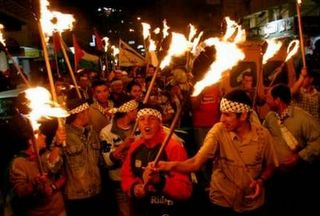 “Palestinian Fire Protesters” in Ramallah protest against the Israeli Wall.

A Palestinian man was moderately hurt by Palestinian Authority police officers during an anti-separation fence demonstration in the West Bank city of Ramallah on Monday evening.

Palestinian sources said the police force protecting the Muqata government building fired warning shots as several dozen individuals from the village of Bil’in, who were conducting an evening procession against the construction of the West Bank separation fence, approached the compound.

Almost daily protests against the construction of the separation fence have been held in Bil’in for the past three months.