Authorities arrested the youngest member of the Opposition in Zimbabwe in the night and putting him through a harrowing experience, while President Mugabe rubbed elbows with world dignitaries at Pope John Paul II’s funeral:

The arrest of Nelson Chamisa, the 26-year-old MP for the Harare constituency of Kuwadzana, only became known when he managed to send out text messages on his mobile phone to friends in the domestic media.

The messages suggested police and agents from the Central Intelligence Organisation, CIO, were torturing him.

“I am in trouble,” Chamisa wrote in one. 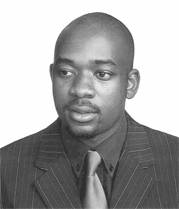 Chamisa was arrested on the afternoon of April 7 after being informed at a police roadblock that he was wanted in connection with a spate of anti-government demonstrations in central Harare on April 4.

Chamisa’s lawyer, Alex Muchadehama, said his client handed himself in and was initially detained in a central Harare police station before being transferred and held overnight in police cells at Matapi, in the Mbare township on the outskirts of the city. Muchadehama said the police intended to charge Chamisa with inciting public violence.

An appearance in the courts is likely on April 11.

“They are determined to torture him,” said Muchadehama. “I don’t see him being taken to court today or even at the weekend… [The] Matapi cells are very filthy and the transfer is a way of humiliating him.

“Why they are detaining him I just don’t understand… he surrendered himself and he won’t run away.” 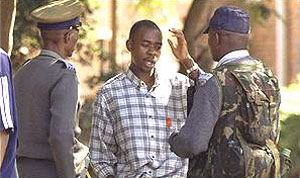 Chamisa has been Jailed Before

The police cells at Matapi are renowned for being the filthiest in a country where prison conditions generally are grim.

Muchadehama said there were no signs of obvious physical injury when he met Chamisa briefly – but the MP looked dishevelled and disoriented, suggesting that some form or torture or intense interrogation had taken place.

The police are alleging that Chamisa organised young demonstrators who ran through the city centre stoning shop windows. During the alleged demonstration, the MDC youths apparently distributed pamphlets which said “Reject Fraud” and urged people not to accept the results of the parliamentary election.

Reports coming in from around the country suggest Chamisa’s arrest is part of a broader wave of post-election violence organised by the government against its political opponents.

Chamisa and 18 other youths were released on bail on Saturday:

A Zimbabwean court has released 18 youths arrested after mass protests in the capital urging Zimbabweans to reject the outcome of elections won by President Robert Mugabe’s party, their lawyer said on Saturday.

Lawyers representing Member of Parliament-elect for Kuwadzana, Nelson Chamisa, have claimed that their client was tortured while in police custody.