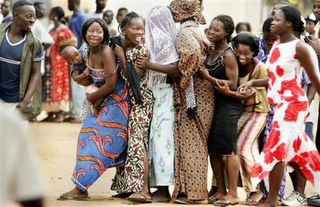 The AP reports on the election from Lome:

Many hope the vote will revive this tattered country and make Eyadema’s oppressive legacy a thing of the past. But some fear Togo, thrown into turmoil since the military tried and briefly succeeded to install Gnassingbe in power after Eyadema’s Feb. 5 death, may go the way of other war-ravaged West African nations no matter how the vote swings.

The State Department has expressed “deep concern” amid mounting tensions and pre-election violence that’s left more than a dozen dead. The United Nations has ordered nonessential staff out. 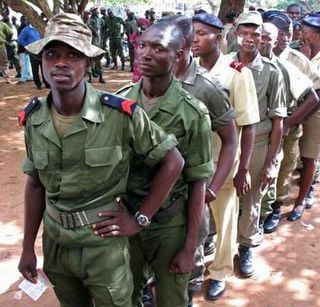 Nearly four decades of stifling mismanagement and iron-fisted rule under Eyadema put Togo on a downward spiral that was capped by European Union sanctions, imposed in 1993 after security forces fired on democracy activists and killed about 20 people.

Today, over one-third of the nation’s 5.5 million people are nearly starving, with the average person earning only $270 a year, down from $600 in the 1980s. Unemployment affects nearly every household, and continued sanctions have blighted development and economic reform. 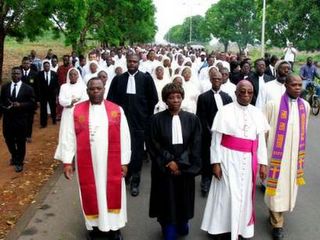 Religious Leaders wanted a delay in the election.

“Our country isn’t even considered by the rest of the world,” Akitani told some 10,000 supporters Friday at rally in Lome. “We’ve got to fix that. We’ve got to show them that we are strong, that we are ready.”

No violence has been reported so far as the situation remains tense for the impoverished nation of Togo.