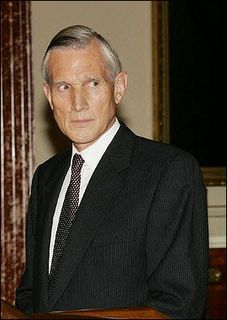 I just ran across this…

Apparently, the member countries of the UN, including the Dutch, are perplexed by the nomination of Bolton to the UN:

Dutch Foreign Minister Ben Bot, seen here February 2005, said through a spokesman he ‘does not quite understand’ why the White House nominated Bolton, ‘at a time when the US is going back to multilateralism.

(He sounds like the typical leftist at the Democratic Convention last year, or outside the Republican convention getting arrested!)

The funny thing is that the Dutch were actually part of the Allied Forces involved in Iraq! So how does he explain his “multilateral’ jibe?