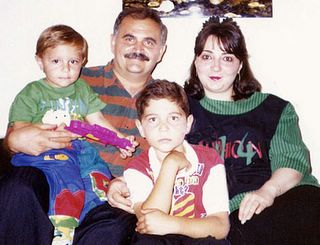 A Christian pastor is scheduled to go before the Iranian Court in the next few days for further review of his three year sentence:

The lay pastor, 47-year-old Hamid Pourmand, is to go before a Sharia court next week on charges of apostasy from Islam and proselytizing Muslims. The former charge is punishable by death.

Iranian Christian Hamid Pourmand must appear before the Islamic (sharia) court of Iran within nine days. An exact court date has not been released. Arrested September 2004 when security police raided a church conference he was attending, the Assemblies of God lay pastor will be brought up before the Islamic court between April 11 and 14 to face charges of apostasy from Islam and proselytizing Muslims to the Christian belief. Both “crimes” are punishable by death.

Pourmand, now 47, converted from Islam to Christianity nearly 25 years ago. He spent several months in solitary confinement after his arrest last September 9 2004, the only one of more than 80 church leaders arrested at the conference who was not released.

One of Iran’s leading Protestant pastors was executed in December 1990 after a sharia court condemned him. Hussein Soodman, also an Assemblies of God pastor and a Muslim convert to Christianity, had been involved in Christian ministry for 24 years. He was reportedly hanged on December 3, 1990, as part of what was believed then to be a new wave of repression directed against the small Christian community in this Islamic Republic.

Pourmand, an army colonel at the time of his arrest, was found guilty by a military court on February 16 of .deceiving. the Iranian armed forces about his faith, despite evidence he produced to the contrary. According to the judge of the military court, his recent three-year sentence was given because Pourmand withheld from his superiors the information that he was a Christian. The Islamic regime in Iran has made it illegal for a non-Muslim citizen to serve as a military officer, since that puts him in a position of authority over Muslim soldiers.