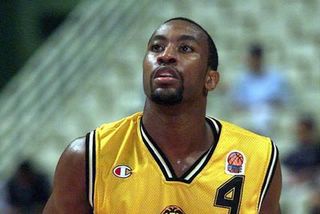 The first black to play for a Russian National Team ‘ever’ was anounced this Tuesday:

This might make Holden the first black sportsman ever to play for a Russian or Soviet team in any kind of sport. He received Russian citizenship last year and has never played for the U.S. combined team, so he is entitled to play for the Russian national side, NewsRu reports.