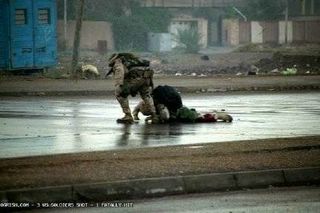 During hostile action in Iraq, a Marine is hit and wounded and this brave Marine comes to his aid while taking hostile fire. 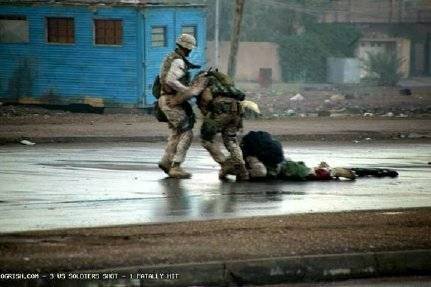 A second Marine comes to the rescue and is struck by an enemy round. 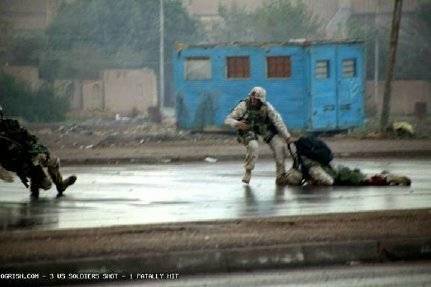 In the attempt to evacuate the wounded Marine, the Marine to the left is fatally struck again by enemy fire and falls to the ground. 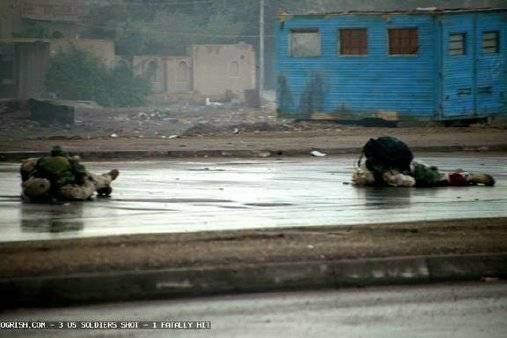 This sad photo shows two of our brave brothers lying motionless on the ground. The Marine on the right will survive, but sadly the Marine on the left who came to rescue his fellow Marine would not survive.

These are the images you will not see on CNN, but as hard as they may be to look at, it is important to see them as Marines to honor them, and to be filled with a sense of honor and respect for those brave men who have fallen and for those who would unselfishly risk their own lives for their fellow Marines. Please say a prayer for all of our troops, and pass this on so that others may see the honor and bravery of our brothers in action.

A Big Hat Tip to Navy Specialist Sha’ron Evans, YN2(VS22) and to all of those serving in the armed forces.