There is growing concern in Belarus over the increase of governmental intolerance of democratic reform activists. Currently, a number of significant opposition leaders are jailed for made up or invented reasons:

The criminal case against Anatol Shumchanka, a leader of the businessmen’s movement, has been brought on fabricated accusations. He will be kept in jail till trial.

Criminal cases were brought against Pavel Seviarynets and Mikalai Statkevich for participation in the protest action against the falsified referendum that took place in October 2004.

Zmitser Bandarenka, coordinator of the public initiative Charter-97, the activists of Zubr and Young front Mikita Sasim, Maksim Viniarski, Zmitser Dashkevich and Artur Finkevich were also arrested for fabricated reasons. Participants of peaceful protest and other mass actions are detained and arrested everyday. The KGB pressurization of the activists of democratic youth movements increased as well. 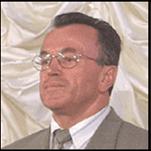 The prisoner of conscience Mikhail Marynich still hasn’t received the necessary medical treatment. Human Rights Center Viasna considers it as torture and inhuman treatment that the administration of the penal colony of Orsha hasn’t given to Marynich the necessary medicines. The authorities of Belarus violate their undertakings upon the ratified UN Convention against Torture and Other Cruel, Inhuman or Degrading Treatment or Punishment by their attitude and actions towards Mikhail Marynich. 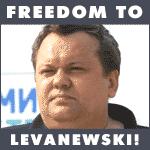 Valery Levaneuski and Aliaksandr Vasilieu, leaders of the businessmen’s movement, have been imprisoned for insult to president and are kept in jail.

In a letter to his wife, Vasilieu complains of his forced labor:

“I am regularly accused of violations of order, so that I could not apply for early release. It is likely they have been given a special order regarding me, and I would be kept here the full term, until September 7, 2006. Some prisoners are taking part in a ‘correctional labour’ (in fact it means they go home, and some of these people have 5 previous convictions). These people are not considered dangerous by the authorities, while I am “extremely dangerous” and should be isolated from the society. Besides, I am to be reformed here, and after that I am to know probably who the wisest leader is.

Ales Mikalajevich Bielakoz – notorious teacher, founder and director of the state Literature and Regional Studies Museum in Hudzevichy – is dismissed from his work. The reason for the dismissal is his political views and constant social position. 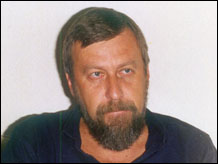 Sannikov- “A Quest for Democracy”

Belarussian Activist Andrei Sannikov attended the International Conference “A Quest for Democracy” and later met with President Bush. His message is hopeful:

The Belarusian problem was discussed in Bratislava at the international conference “A New Quest for Democracy”, and after that during the meeting of the US President George Bush with representatives of the civil society of the countries of the Eastern Europe, among whom there were activists of Belarus.

“He may follow his line till the end, but the end is rather close indeed. The evens in the world rule out the direction in which Lukashenka is trying to guide Belarus. It is obvious, obvious from Slovakia. Slovakia is a very good example of a country, which after having got rid of authoritarian Meciar almost immediately got into Europe, and it develops in a normal way now. The events in Belarus and the fact that more attention is paid to them in the world mean that the democratic tendencies and democratic processes cannot be stopped, at least in our region,”