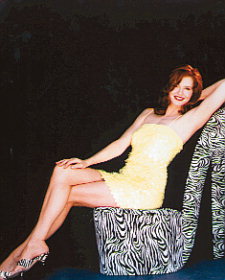 Not With Those Legs!

But the Left is really going to love this fantasy! Imagine, the “West Wing” and “Commander in Chief”, starring Geena Davis, on television at the same time! I have to give Hollywood credit for starting the Hillary-Hype four years early. I just hope that they can contain themselves if it does not work out. I would hate to see the liberals get any crazier than the man who let a bumper sticker send him over the edge this past week in Florida.