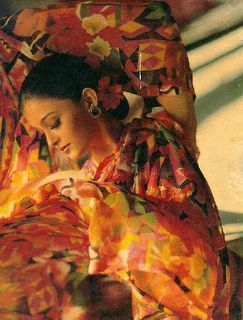 The reigning queen of Indian cinema and former Miss World, Aishwarya Rai is making the jump from Bollywood to Hollywood. Bollywood films reach an audience of 5 billion which is twice that of Hollywoood. Miss Rai considered to be the most beautiful woman in the world at least according to thousands of Web sites, Internet polls and even Julia Roberts, is ready to star in her first Hollywood movie.

“Bride and Prejudice,” a new film by the director of the hit “Bend It Like Beckham,” tries to speak to a global audience by refracting an iconic English novel through the prism of the Indian diaspora.

What’s incredible about this is that even though Jane Austen was writing 200-odd years ago, she was writing at a time when women were not considered whole unless they were married,” the Kenyan-born, British-raised Chadha said in an interview before the film’s U.S. debut.

“That is still very relevant to many places around the world, and particularly small town India,” she said.

Look for the beautiful and talented Aishwarya Rai to make a big splash in the West.

The interview, to be aired on February 9, comes two days ahead of the US premiere of Rai’s film ‘Bride and Prejudice’.

Jim Hoft
Jim Hoft is the founder and editor of The Gateway Pundit, one of the top conservative news outlets in America. Jim was awarded the Reed Irvine Accuracy in Media Award in 2013 and is the proud recipient of the Breitbart Award for Excellence in Online Journalism from the Americans for Prosperity Foundation in May 2016.
Overheard at an Arizona Restaurant -- Americans are Seething Over Stolen Election No Matter How Hard the Fake News Tries to Hide It
"I Couldn't Go to My Grave Knowing What I Knew" - WOW! Election Whistleblower Explains Why He Came Forward on Wisconsin Democrat Vote Fraud (VIDEO)
WTH? Georgia Election Operative Gabriel Sterling EXPLODES ON TRUMP VOTERS After Dominion Employee Is Caught on Video Downloading Files on Laptops
MASSIVE CROWD! -- STOP THE FRAUD PRESS CONFERENCE: Lin Wood and Sidney Powell Schedule Presser Wednesday at 2:05 PM in Alpharetta, GA --LIVE STREAM RSBN VIDEO HERE
FLASHBACK: Obama Administration Attempted to Breach Georgia's Firewall Days After 2016 Election
See more...