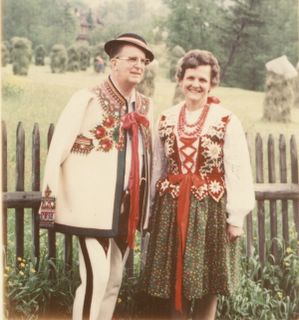 Condoleezza Rice thanked Poland yesterday for placing troops in Iraq early and keeping them there. Poland plans to reduced its troops, currently at about 2,500, by 800 troops later this year.

Standing with the prime minister, Marek Belka, Rice made a special point to express condolences for the loss of Polish life in Iraq.

“That effort on the behalf of democracy and freedom is much appreciated,” Rice said.

Following a meeting with Polish Foreign Minister Adam Rotfeld, Rice told reporters, “I think what we’re hearing from Europe is a desire to move on to the next chapter in this great alliance.”

Poland has been a staunch ally of the US since the War in Iraq bagan. Earlier comments from President Alexander Kwasniewski after the first Bush-Kerry debate made this ever so clear:

In the interview for a Polish channel TVN, President of Poland, Alexander Kwasniewski expressed his admiration and full support for President George Bush for his leadership in the war on terror. As a comment to the Bush-Kerry debate, President Kwasniewski said that “President Bush performed like a truly Texan gentleman who was able to notice and fully appreciate the presence and sacrifice of the Polish ally in the war on terror in Iraq. “

“I find it kind of sad that a senator with 20 year parliamentary experience is unable to notice the Polish presence in the anti-terror coalition.” , Kwasniewski commented John Kerry’s stance.

“I don’t think it’s an ignorance.”, said Kwasniewski. “Anti-terror coalition is larger than the USA, the UK and Australia. There are also Poland, Ukraine, and Bulgaria etc. which lost their soldiers there. It’s highly immoral not to see our strong commitment we have taken with a strong believe that we must fight against terror together, that we must show our strong international solidarity because Saddam Hussein was dangerous to the world.

God love him!… Kwasniewski also was a staunch supporter of the Ukraine democracy uprising and even though he is not a religious man was in favor of including Europe’s strong Christian Tradition in the new EU Charter.