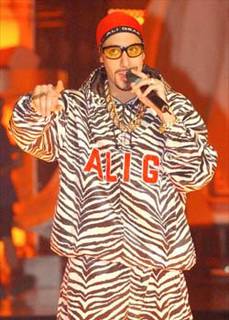 What may pass as humor in the UK was not funny to the folks at a Virginia rodeo:

According to a report in the Roanoke (Virginia) Times, a man who was introduced as Boraq Sagdiyev from Kazakhstan — in reality a Cohen character named Borat — appeared at the rodeo over the weekend after organizers agreed to have him sing the national anthem.

The Roanoke Times reported that the crowd turned “downright nasty.” One observer said “If he had been out there a minute longer, I think somebody would have shot him.”

Cohen and his film crew were escorted out of the Salem Civic Center and told to leave the premises.

It is not the first time Cohen has wooed controversy with his show, which airs on Channel 4 in the UK and on HBO in the United States. In one episode last year, Borat sang an anti-Semitic song called “Throw the Jew Down the Well” at a U.S. country music bar, prompting protests from the U.S-based Anti-Defamation League.