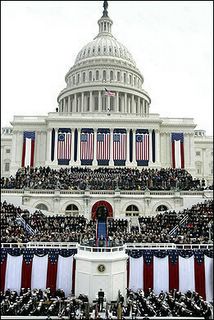 The Peace and the Freedom will take time. And the peace and the freedom will strengthen and develop with time. Persecution is not easily forgotten. Torture is not easily forgotten. It takes time to find a lost voice. It takes time to find lost courage. There are the few that brave the front lines of freedom. It will take time for the others to join in. But you can bet that from the cafes in Paris to the jails of Myanmar people listened in this week. Americans listened in. And the world knows where America stands. That your freedom is our peace.